Nashville, Tennessee (April 27, 2016) The Music City Christian Fellowship (MCCF) is excited to announce today the addition of Country stars Marty Raybon and John Berry to the “SUNDAY MORNIN’ COUNTRY”® Celebration that is held annually at the Grand Ole Opry.

Marty Raybon, of Shenandoah fame is no stranger to Gospel Music, having recorded numerous Gospel recordings himself. How does one describe the talent and career of Marty Raybon? Throughout his epic journey, spanning nearly three decades, Marty has produced a remarkable list of career accomplishments including; multiple number one singles, top selling albums, CMA, ACM, IBMA, and Grammy Awards, along with scores of other accolades. Collectively, his contributions to the recording industry have sold well into the millions and he has performed literally thousands of live concerts at four corners of the earth.

John Berry, a country star in his own right, has produced a plethora of hits. During his star-making decade, John placed 20 singles on the county charts, 6 of which went Top 5, with “Your Love Amazes Me”, scoring a #1 on the Billboard and Radio & Records Country Chart as well as “Standing on the Edge of Goodbye” and “She’s Taken a Shine” earning the #1 slot in Radio & Records . He has earned multiple Gold and Platinum records over the years. John was nominated for the ACM Top New Male Vocalist in 1994, won a Grammy Award in 1996 for his participation in Amazing Grace: A Country Salute to Gospel Vol. 1, was nominated for another Grammy in 1995 for his smash hit “Your Love Amazes Me” and was nominated for the CMA Horizon Award and Top Male Vocalist Award in 1995. In 1997 he was nominated for Vocal Event of the Year (for “Long Haired Country Boy” with Charlie Daniels and Hal Ketchum) and in 2013 John was nominated for the Mainstream Country Male Artist by the ICM Awards. And, thanks to the miracles of modern technology, he even sang a duet with the late, great Patsy Cline.

Sunday Mornin’ Country® is great entertainment the whole family will enjoy as Country Music Artists come together to share their hearts as well as their favorite Gospel songs. The Music City Christian Fellowship presents this concert at the conclusion of CMA Music Fest/Fan Fair each year, leaving the Fans & Guests with an uplifting memory of Nashville that will last a lifetime!

Tickets for Sunday Mornin’ Country® are ON SALE through the Opry Box Office  (1-800-733-6779) or (www.opry.com – click on tickets) and Ticketmaster (www.ticketmaster.com/event). Visit www.MusicCityChristianFellowship.org for more information.

Watch for artists to be added to the 2016 line-up as they become available. Artists scheduled to appear subject to change. 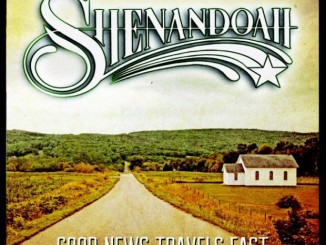