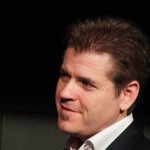 One of my favorite “radio” preachers is Pastor James McDonald. His daily broadcast is “Walk In The Word.”
A few days ago, while on my way home from an errand, I was listening to Pastor James teach on the passage about “the woman caught in the act of adultery.”

8 Jesus returned to the Mount of Olives, 2 but early the next morning he was back again at the Temple. A crowd soon gathered, and he sat down and taught them. 3 As he was speaking, the teachers of religious law and the Pharisees brought a woman who had been caught in the act of adultery. They put her in front of the crowd.

4 “Teacher,” they said to Jesus, “this woman was caught in the act of adultery. 5 The law of Moses says to stone her. What do you say?”

9 When the accusers heard this, they slipped away one by one, beginning with the oldest, until only Jesus was left in the middle of the crowd with the woman. 10 Then Jesus stood up again and said to the woman, “Where are your accusers? Didn’t even one of them condemn you?”

And Jesus said, “Neither do I. Go and sin no more.”

Yes, she was caught. Yes, the religious sect brought her before Jesus to try and trap Him and stone her. Jesus says to those carrying stones “Let the one who has never sinned, throw the first stone.” The ones who were ready to condemn and stone her, dropped their rocks and left. The story finishes by Jesus saying to this woman, “Go and sin no more.”
Great story. Now, go back. It says “they slipped away one by one, beginning with the oldest..”
Beginning with the oldest.
This point Pastor McDonald says “Pierced me, because it was something new that I had never seen before.” It’s “something old and something new.”
It resonates with me too James.
See, I’ve made a lot of mistakes in my life. I know the sins that I struggle with. I can look back and see the wretched man that I used to be. I know that God had EVERY right to strike (stone) me dead for the way I was living.
I also know that God has forgiven and restored me. See, I have no right to wielding a stone. If there’s anyone who deserves to be stoned, it’s me. God doesn’t give me what I deserve, He gives me Jesus.
I relate to “the oldest dropping their stones first and walking away”, because maybe they realized that their long list of sins was worse than her sin. Maybe the wisdom of their age was saying to them “Who am I to condemn her?”
Are you carrying stones? It seems we christians are the first ones to pick up rocks when someone is “caught in the act.”
We’re ALL sinners. Do you look down on those who sin different than you?
Drop your stones.
Prayer starter: “Father, forgive me for carrying stones. Forgive me for looking down on others who simply struggle with issues that I don’t struggle with. Allow me to be Your hands and feet. In Jesus name. Amen.”
Vbryanhutson2017
Bryan Hutson

Bryan Hutson; 24 year veteran of southern gospel music now travels and ministers with his wife Yvonne in Rescue Me Ministries.