If you were to ask any fan of Southern Gospel music to name one of the top groups traveling today, he or she’d be quick to share Greater Vision at one point. Gerald Wolfe, with the help of other members through the years, has developed a sound distinct and quite easy to determine who it is. However, Gerald recently stepped to the piano bench to allow a new member, Jon Epley, to take his place. With Gerald branded as the lead singer for Greater Vision, the vocal change made a permanent switch in other vocals. Rodney Griffin moved officially to the lead spot while Jon Epley took the baritone role. Chris Allman maintains his power tenor vocals effortlessly. Still, there is much speculation as to this new sound. Is it still Greater Vision?

One of the trademarks of Greater Vision music is Rodney Griffin’s songwriting expertise. Expectedly, Rodney turns in strong lyrics addressing the relevance of the salvation experience in the title cut, “Still.” The sweeping music and driving lyrics make this mid-tempo tune shine as an anthem. In addition, Rodney teams with Marcia Henry to write “Nothing to See.” This song uses a more laid-back Country sound. Chris Allman’s strong solo propels this song higher. While Rodney contributes strong lyrics, Chris Allman showcases his writing skills with the thought-provoking “God Doesn’t Care.” Chris does an excellent job sharing how God is not concerned about the past as it’s under the blood. Another highlight from Chris’s pen is “The Gospel.”

Another of the hallmarks of Greater Vision’s style is their strong blend. How does the group blend with Jon Epley’s vocal vs. Gerald Wolfe’s? No need to worry – the classic sound remains the same. However, Jon Epley’s deeper vocal gives a unique, smoother texture. Tunes like “Jesus Stood” and “The Gospel” give all evidence to this truth. On the flipside, Greater Vision shows their tight sound with uptempo tunes like the tongue-twister, “I Believe It All”, and the straight-forward, “Rolled Back Stone.” Both styles show the smooth vocals well.

Back to my original question, “Is this still Greater Vision?” Why, yes! Ardent followers and casual listeners need not worry about where Greater Vision’s sound is going. Keeping consistent lead vocals, music arrangements, and strong lyrics at the forefront is the basis for Greater Vision’s success. While I would have enjoyed a bit more of Jon Epley’s vocals out front, this recording holds a three-fold purpose. First, this is the first project where Gerald Wolfe steps out of the microphone to sing. Second, Rodney Griffin takes the official role of lead vocalist. Third, Jon Epley moves into the role of baritone vacated by Gerald. With this strong sound, we’re sure to hear much more of Jon & the rest of Greater Vision in this new capacity.

Reviewer/Contributing Writer
Andrew hails from Anderson, SC and has lived here all 25 years of his life. As a child, he attended concerts in the area and instantly became hooked on the concept of Southern Gospel music. His music collection has expanded to over 1,000 artist recordings as well as several compilations (including record label & radio promotions comps). For a couple of years or so, Andrew hosted a blog, "Southern Gospel Review", and did articles ranging from specialty (Hits of the Past), album reviews (CD, DVD, & Vinyl), and other interesting tidbits (recording oddities, etc.). 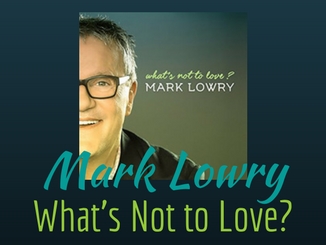 Mark Lowry – What’s Not to Love? 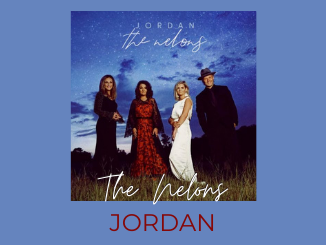 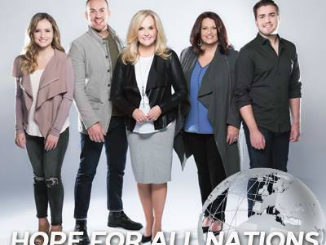