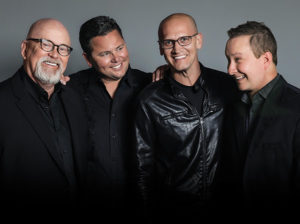 Nashville, TN (December 12, 2017) – Just in time for Christmas, gospel music lovers are receiving a gift. Today, Phil Cross has announced the return of his popular group, Poet Voices, as a quartet – the first time in 15 years!
Beginning January 2018, Poet Voices will embark on a brand new tour with some familiar faces and extraordinary voices joining Phil: Donny Henderson (long-time Poet Voices member who originally joined in 1999,) Nic Holland (originally joined in 2000, and a new face to the group, Brandon Barry. The quartet will travel with a live band on select dates.
Audiences across the world have enjoyed and been ministered to by the extraordinary songwriting talents of Phil Cross. Along with new music written by Cross, Poet Voices will perform some of Phil’s most loved songs made popular by the group – “I Am Redeemed,” “Jesus Built A Bridge,” One Holy Lamb,” “Grace and Glory” and more – along with Cross compositions made popular by other artists – “Wedding Music” by the Cathedrals, “Miracle In Me” by the Speers, “When I Get Carried Away” by Gold City, “Yes, I Am” by the Hoppers, along with the iconic tune, “Champion Of Love” made popular by the Cathedrals.
Poet Voices has signed an exclusive booking agreement with Beckie Simmons Agency to support their tour and personal appearance scheduling. Beckie says: “Everyone at BSA is thrilled to be partnering with the Poet Voices team to bring their ministry to the forefront of our industry. The experience of Poet Voices seasoned voices combined with the legendary writing of Phil Cross bring fresh and exciting quartet harmony. We are looking forward to the journey!”
A new project, Extraordinary, is scheduled for release in the first quarter of 2018.
To book Poet Voices, visit www.BSAWorld.com. 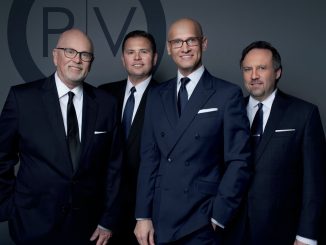 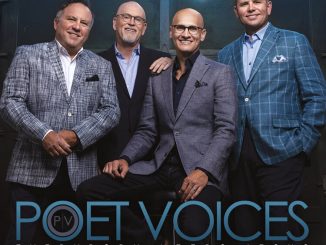