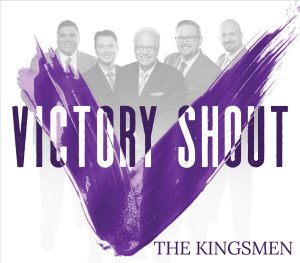 Arden, North Carolina (June 7, 2019) — As their single “Victory Shout,” continues to climb the Southern Gospel radio charts, The Kingsmen have now released their album of the same name, with songs that share messages for daily life and being faithful along the journey to heaven.

“I am so excited about this new recording, Victory Shout! From start to finish it brings the classic Kingsmen sound to a collection of brand new songs written by some of today’s best writers,” says lead singer Chris Bryant. “These songs will bring messages of hope and encouragement to listeners while keeping us all looking forward to what God is going to do! I am honored to be a part of this album and cannot wait to share it with everyone.”

Victory Shout, from Horizon Records, begins on a joyful note with that theme in “Running To Win,” an upbeat song featuring baritone singer Alan Kendall, about continuing to press toward finishing life well. It’s followed by “Just Climb,” a slower tune of encouragement to trust in God and have faith He’ll move mountains in His own time.

The Kingsmen then sing “I’ve Ever Been Glad,” a jubilant quartet song with bass singer Ray Reese taking the lead. Written by Regina Walden, who wrote the group’s recent #1 chart song “Oh Yes I Am,” this song is a true Southern Gospel quartet tune where almost every member has a step-out part on the chorus with a drive that will bring the crowd to their feet.

With a message of hope, encouragement and triumph for Christians, “Victory Shout,” reminds that with steadfast belief in God, our needs will be met in His timing, with tenor Chris Jenkins taking the lead.

The album continues with Biblical stories in the upbeat “Dear John,” about John the Revelator featuring Bryant; a re-recording of “Prodigal Son,” a Kingsmen classic written by Larry Gatlin of the Gatlin Brothers’ fame that tells the traditional story of returning home and the power of forgiveness; and in “King of Kings,” which paints a picture of the grandeur of Christ through His time on Earth.

Other songs include the moving “It Still Changes Me” about how the Bible’s message continues to have an impact even as life evolves and “You’ll Move Mountains For Me,” a song about trusting that God will always go above and beyond.

The album closes with “That’s Where You’ll Find Me,” a power ballad featuring Bryant describing the meeting place at Christ’s throne in Heaven. With these songs of worship and praise, The Kingsmen are continuing their far-reaching ministry and legacy.

About The Kingsmen
For more than half a century, no group has secured such a far reaching legacy like that of The Kingsmen Quartet. Since 1956, this group has risen from humble beginnings in the mountains of western North Carolina to one of the most beloved and innovative groups in Christian music. Countless renowned artists have been a part of this great lineage; such as Eldridge Fox, “Big” Jim Hamill, Ray Dean Reese, Squire Parsons, Johnny Parrack, Anthony Burger, Ernie Phillips, Gary Sheppard, and a host of others. The momentum has not stopped as this group continues to help define the Southern Gospel genre for a whole new generation of music lovers, perhaps more so than any other group.

The successes of The Kingsmen have led to many prestigious opportunities. In 1977, The Kingsmen performed on the south lawn of the White House for President Jimmy Carter and in 1982 they performed at the opening ceremony of the World’s Fair in Knoxville, TN which was broadcast on local and regional TV, with President Ronald Regan present to open the fair. The Kingsmen was also the first group to film and record a live performance at the famous Grand Ole Opry in Nashville and in 2000 they were inducted into the Gospel Music Hall of Fame followed by the Christian Music Hall of Fame in 2008. They’ve garnered multiple dove awards and numerous Singing News Fan awards including favorite bass vocalist, tenor, baritone, lead, instrumentalist, video, the 1992 favorite song “Wish You Were Here” as well as favorite album by the same name, male quartet of the year, and group of the year. The Kingsmen band was voted favorite band a record 17 times making this quartet one of the most awarded groups in Southern Gospel Music.

“The key is to never lose sight of what we are working towards,” says Ray Reese, Kingsmen manager and bass singer. “We tour year in and year out to spread our music to people across the country. Our music has a message, the message of Christ. Every night we work to bring His message to our audience. Our goal is to see people saved through Jesus Christ whether we’re singing indoors, outdoors, in an auditorium, church or studio recordings “. Today the Kingsmen consist of 2008 hall of fame inductee, Ray Dean Reese, his son Brandon Reese, Chris Jenkins, Chris Bryant, and Alan Kendall. 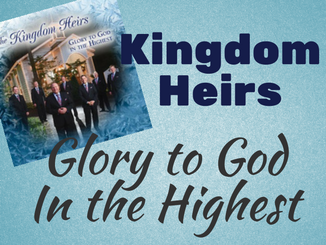 Kingdom Heirs – Glory to God In the Highest 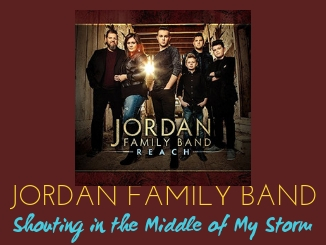 Jordan Family Band – Shouting In the Middle of My Storm 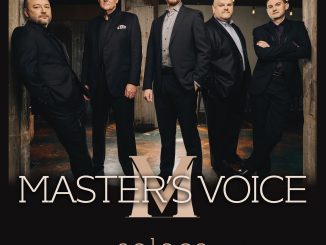