Arden, North Carolina (November 22, 2019) — Fulfilling a calling to spread God’s word, the 3 Heath Brothers have released, Who We Are — their debut album with Horizon Records — putting themselves at the forefront of the next generation of gospel artists.

Nicholas, Clayton and Christian Heath are North Carolina natives, whose parents raised them in faith. Their mother taught them to sing blended harmonies at an early age. Now, their powerful vocals and youthful energy have been melded into a new, distinctive sound. With this album, they make an impressive statement about their music, mission and beliefs with creative arrangements, song choice and production.

“The 3 Heath Brothers are so talented that they can sing any style of music, but their heart is in sharing the gospel message through their music. We wanted this project to really speak to who they are — three young Christian men who are excited about sharing their unique musical style that showcases their passion for the gospel,” says Roger Talley, who produced Who We Are. “They appeal to every generation, and I feel this project does the same. I am excited for you to discover who The 3 Heath Brothers are.”

Who We Are shows the talent and beliefs of the brothers — and their ability to bring a wide range of music to the gospel genre. There’s verve in their harmony in “Dream Small,” fierce vocal delivery in “Shaking in His Shoes” and reverent passion in “Give it To Jesus.” Then there’s the inspirational pop notes of songs like “This Is Who I Am” and the first single, “Smell Of Smoke.”

The song tells the Biblical story of how Daniel’s friends were thrown in the fiery furnace. The brothers, who released a video for the song earlier this week, relate the story to modern times, explaining that people are more than their trials and don’t have to be defined by them. 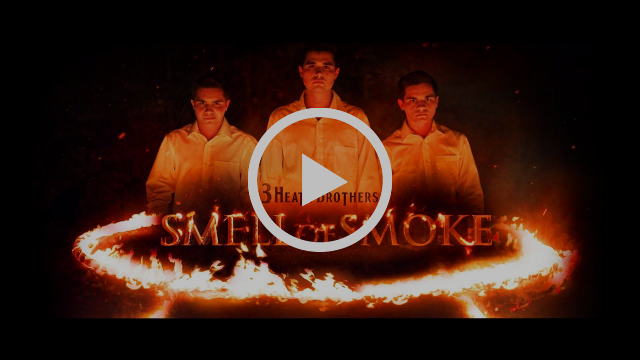 The album also includes covers of Contemporary Christian songs like “No Matter What” and “Self Less,” which are testaments of the 3 Heath Brothers’ reliance on God through trials and their desire to serve Him through their actions.

Other notable tracks include “I Believe You,” a song with an epic arrangement and powerful delivery about trusting in the Lord; “Mother’s Day Song,” a loving tribute to the sacrifices mothers make to raise their children; and “Give It To Jesus,” an original song written by Nicholas Heath.

“Most of our songs were not picked because they are fun — even though some of them are. They were chosen for the truth of the words. The songs on this album are words that we believe and that we want other people to carry with them. We don’t have songs to waste,” say the 3 Heath Brothers. “We are three energetic teenage boys that love to sing and have fun. We love people and love God and want to do our best to give Him 100%. We want to show that you can still have fun while being a Christian.”

Listen to Who We Are HERE.

REVIEW: 3 Heath Brothers – Who We Are

Soul’d Out – That Wonderful Day