Time is an elusive thing. Seems we have plenty of it, and poof we have none.

Fifty four years ago, I graduated from high school. The world was before me. I thought I would tackle what life had for me, just like I tackle guys on the football field. The fact is that it was much easier to tackle guys on the field than it has been tackling the affairs of life.

Facebook has been a wonderful tool for reacquainting with many of my old high school friends. It has been a blessing and a cursing at the same time. At our fifty year reunion, it made recognizing old friends fairly easy. Facebook also let me realize that some of those old friends have passed on over to the other side.

Now that I’m fifty four years away from high school where all of that promise was, I have to step back and look to see just what have I produced from those years that passed by so quickly. I have worked in a chemical plant, and industrial plant, and I painted and hung wallpaper for fifty years. In all that, I can’t see a whole lot of productive things in my life. I raised four great kids who all serve the Lord, and for that I am very thankful.

The only other thing I did with my life is from the age of eighteen, I became as involved in Southern Gospel Music as I could possibly be. I was a singer, a group manager, recorded five albums, owner of the largest on-line SG publication on the internet, and own a SG Publicity company. Of this I am most proud. Through my time and efforts in Gospel music I have seen thousands of people with hurting hearts, and people who just needed to hear from God, touched and their spirits lifted to go on and live the Christian life another day. The only thing better than that is seeing hundreds give their lives to the Lord as I ministered both in groups and solo ministry.

I guess what I am trying to say is that after fifty four years of facing life head on, I still have the same desire to march on ahead carrying the banner of Christ and the message of the Gospel to as many as I possibly can.

If you are just starting your lot in life, gird yourself with the armour of God and charge into this world with as much fervor as you can muster. If you are halfway through this battle of life and feel weary and wonder just what you have accomplished, hold your head up high and know that you still have plenty of time to work at what God has called you to do. If you’re like me, and your best days are behind you, lift up your head and keep putting one step in front of the other realizing that the battle is the Lord’s and He will see us through. Remember Abraham and Moses and even the apostle John were on the other side of their best days when God chose to use them for might works.

As a fighter gets older he loses his speed first, and then his balance, but the last thing to go is his power.

1st Corinthians 2:4-5 says: 4. And my speech and my preaching was not with enticing words of man’s wisdom, but in demonstration of the Spirit and of power. 5. That your faith should not stand in the wisdom of men, but in the power of God.

So, to all the gray headed people in Gospel music, we may not be as fast and move a little slower, and we may wobble a little when we walk, but join me and let’s go forward, not tiring and not wavering, proclaiming the message of the Gospel to every part of the world that we can reach. Let’s go in the power and demonstration of the Spirit, and just see what we can STILL do for God.

President at AbsolutelyGospel.com
Deon Unthank, along with his deceased wife Susan, founded AbsolutelyGospel.com in 1995. Deon oversees all business aspects of the site and contributes monthly with video Editorials and interviews. He currently resides in Murfreesboro, TN. 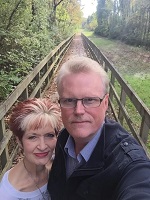 Dr. Tim Hill Wants To Know: Are You Rapture Ready? 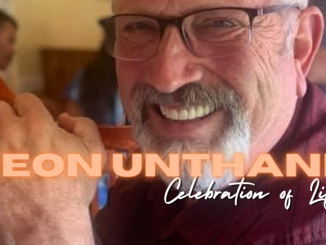 Some Things Have Changed