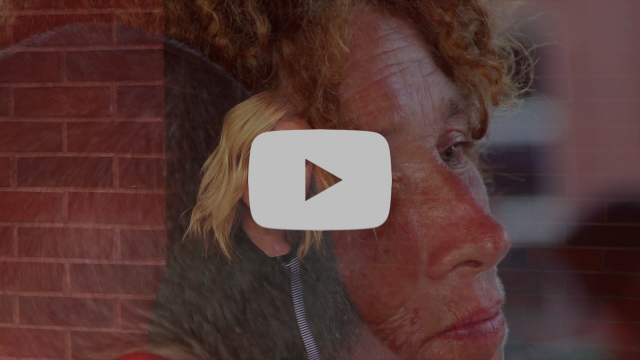 The Talleys’ video for “Looks Like Jesus To Me.”

Arden, North Carolina (March 19, 2020) — The Talleys are using their music to help Nashville tornado recovery efforts through support of a local ministry serving the community. A song from their upcoming album, The Music Goes On, titled “Looks Like Jesus To Me” was written about The Bridge ministry, which exists to alleviate the suffering of underprivileged children, the homeless, and the working poor by providing life-sustaining resources and a message of hope. Now, The Talleys announce that a portion of each download or stream of the song will go to support The Bridge and its efforts directly.

“‘Looks Like Jesus To Me’ makes me feel thankful, thoughtful, and a bit sad. It was written by Aaron Wilburn and inspired by the work of the Bridge Ministry, which meets the physical and spiritual needs of the homeless in Nashville. The song makes me feel thankful for what I have, sad for the plight of those who struggle to survive, and thoughtful of how we, the body of Christ, can work to make their lives better,” says Lauren Talley. “One way we want to do that is to directly support The Bridge through sales of the song. A portion of each download or stream’s revenue will be donated to The Bridge, which is helping rebuild Nashville after the recent weather-related tragedies in the region. We are truly blessed. Let’s pass our blessings along — that’s what looks like Jesus to the world around us.”

Songwriter Aaron Wilburn — who was performing with The Talleys in Monroe, Louisiana when Roger approached him about recording “Looks Like Jesus To Me” for their upcoming album —  will also be donating half of his royalties from the song to help the ministry.

“On the morning of the tornados, I woke up from a dream that I had donated half of the writer royalties to The Bridge Ministry. I knew immediately what I must do and I made the call to put it in motion,” says Wilburn. “Even though the new radio single from The Talleys had already been scheduled, within hours, plans changed as decisions were made to release ‘Looks Like Jesus To Me’ with The Talleys and their record company Crossroads Music to help raise funds for the victims from the March tornados. God is not an accidental God, not a haphazard God, and not a reckless God. He knows our tomorrows before our tomorrows arrive and when we have needs, He will meet them — sometimes from the giving hands of others — and also from our blessed hands into the lives of others. We never look more like Him than when we are serving others.”

“Looks Like Jesus To Me” can be downloaded on iTunes and Amazon Music now and will be available on all streaming platforms when The Talleys’ album, The Music Goes On, is released April 24. Those who’re interested in making a direct donation to The Bridge can do so HERE.