NASHVILLE, Tenn.—Multi-talented Southern Gospel favorite Lynda Randle and her brother, award-winning Newsboys frontman Michael Tait, are set to deliver an early holiday gift to fans around the world with “Together For Christmas In July.” The exclusive online concert premiers Thursday, July 30 at 8:00 pm ET. Tickets are $5 and available for advance purchase here or via lyndarandle.com.

Spreading midyear Christmas cheer, the siblings will share sacred carols, holiday classics and cherished memories throughout the hour-long special. The concert will also highlight selections from both Randle and Tait’s respective repertoires, including her signature song, “God On The Mountain,” as well as “Sweet Little Jesus Boy,” while Tait will deliver his rendition of “The Christmas Song” and the beloved Newsboys hit “We Believe,” among other favorites.

“My brother, Mike, and I thought this would be a great opportunity to spend time with so many of you all at once, since we can’t be with you in person for now,” Randle shares. “We know this pandemic has affected many people socially and financially, so we thought we’d bring you a Christmas in July celebration that won’t break the bank!”

“We loved filming this special evening of music and memories at my home in Kansas City,” she adds. “And we hope the message of a Baby in a manger—the Good News worth celebrating every day of the year—will warm your hearts and lift your spirits.”

“For me it’s plain and simple, absolutely nothing beats spending time and doing life with family,” Tait says. “And in this case, there’s an obvious additional caveat—singing Christmas songs together with my sister Lynda! Sharing the stage with her is easily among the greatest joys of my musical career.”  A Dove Award-winning singer/songwriter, author and television personality, Lynda Randle is one of Southern Gospel’s most distinct voices. A familiar face at Gaither Homecoming events and on Homecoming videos through the years, she has also shared the stage with such musical legends as Andraé Crouch and Gladys Knight, among others. Randle’s signature song, “God On The Mountain,” has garnered more than 35 million YouTube views, and she is also the creator and host of the popular “A Woman After God’s Own Heart” conference. The event ministers to women from all walks of life each year through a unique combination of music, dance, teaching, prayer and humor.

Frontman of GRAMMY®-nominated, Platinum®-selling Newsboys, Michael Tait has been a defining voice in Contemporary Christian Music for more than three decades. His hits with the iconic group include “God’s Not Dead,” “We Believe” and “Born Again,” among many others. Prior to joining Newsboys—who have sold more than 10 million units, earned eight Gold® certifications, 33 #1 radio hits, two American Music Award nominations and multiple Dove Awards—Tait, along with Toby McKeehan and Kevin Max, co-founded one of the most influential bands in Christian music history, dc Talk. The “Jesus Freak” rockers amassed multiple GRAMMY® and Dove Awards, shattering musical and cultural boundaries along the way.

For further information on “Together For Christmas In July,” visit lyndarandle.com. 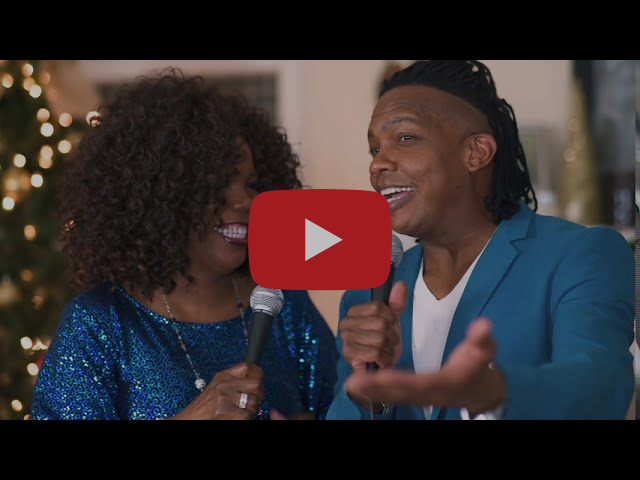 Coming Soon: “Together For Christmas In July” with Lynda Randle and Michael Tait

Lynda Randle and Michael Tait are “Together For Christmas”