Nashville, TN (November 13, 2020) – StowTown Records has announced the digital release of Favorites: On Repeat from popular award-winning musical family, The Erwins. Favorites: On Repeat serves as a follow-up to the Gospel Music Association’s Dove Award nominated releases, What Christmas Really Means and Watch & See. The recording serves as a tribute to Christian music legends as it features a wide variety of tunes made popular by successful CCM and Southern Gospel artists.

The Erwins possess a rich musical history that began when they started singing at revival meetings with their parents, who have been in full-time evangelism for more than four decades. In recent years, Keith, Kody, Kris and Katie Erwin have blazed new trails all their own, garnering success among industry peers and fans alike. The recipients of the 2020 GMA Dove Award for Southern Gospel Recorded Song of the Year, the family has also received multiple nominations from readers of The Singing News magazine.

Produced and arranged by Dove Award-winning and Grammy® nominated musical genius Wayne Haun, Favorites: On Repeat showcases the versatility of The Erwins, and they are truly excited to share some of the music that has impacted them personally. Keith Erwin reveals, “After five years of being with StowTown, and three projects of all original material, we saw a need for a healthy balance of songs that are ours, as well as tunes that people already know. This recording is filled with both songs we grew up listening to and songs that are current today. We pray that this project will allow the audience to hear a familiar lyric that may bring sweet memories to them, but also hear a song of our generation that they can sing along to and worship with us.”

Included on this project are songs made popular by artists such as Sandi Patty, Phillips, Craig and Dean, Steven Curtis Chapman, The Hinsons and The Hemphills. The debut single, shipped to Southern Gospel radio this fall, is the 2020 GMA Dove Award nominated Song of the Year, recorded by Casting Crowns with Matthew West, entitled “Nobody.” “This is just a great song, and while a lot of CCM fans are familiar with it, there is a good possibility that many Southern Gospel Music lovers may have never heard it,” Wayne Haun explains. “We just felt that the song was simply too good to not be recorded and sent to Southern Gospel radio.”

From the fully orchestrated “There Is A Savior,” written in 1986 by Sandi Patty, Greg Nelson and Bob Farrell, to the driving Steven Curtis Chapman hit, “The Great Adventure,” to the Joel Hemphill classic, “I’m In This Church,” listening to Favorites: On Repeat is much like taking a walk down memory lane for any Christian music fan.

Favorites: On Repeat is distributed by Provident/Sony and is available today on all digital music platforms.

Favorites: On Repeat Track List:
Favorite Song Of All
There Is A Savior
Nobody
The Great Adventure
The God That Cannot Fail
Possible God
I’m In This Church

###
ABOUT THE ERWINS:
There is something captivating about the blending and swelling of sibling harmony. When combined with pure talent and a heart for people, you have the incomparable ministry of The Erwins. Keith, Kody, Kris & Katie started singing as soon as they were each able to talk and have essentially spent their entire lives singing in concerts, revivals and conferences. They were signed to StowTown Records in 2015 and have released five projects on the label. Collectively, The Erwins recognize that the Lord doesn’t need them, but chooses to use them and their talents to reach others. With their focus on Christ, this talented group of young people is blazing new trails and proving to their industry peers and fans alike that the future of gospel music is secure.

ABOUT STOWTOWN RECORDS:
StowTown Records was founded in 2011 by Ernie Haase and Wayne Haun and expanded in 2014 with the addition of partners Landon Beene and Nate Goble. With each label owner providing their individual expertise, StowTown has become a powerhouse independent label. As the creative home for many of today’s top artists, the StowTown family includes Ernie Haase & Signature Sound, Doug Anderson, Charles Billingsley, The Browns, Cana’s Voice, The Collingsworth Family, Tiffany Coburn, The Erwins, TaRanda Greene, The Guardians, The Kramers, The Little Roy & Lizzy Show, Tim Lovelace, Jody McBrayer, Devin McGlamery, The Perrys, The Steeles, The Taylors and Triumphant Quartet. Distributed worldwide through Provident/Sony Distribution, StowTown Records has garnered industry attention with multiple GMA Dove Awards and chart-topping releases from its highly respected roster of artists. 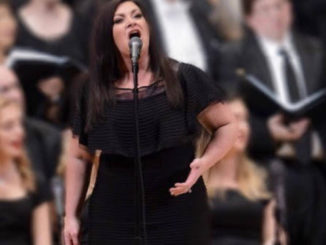 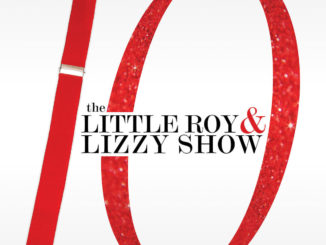 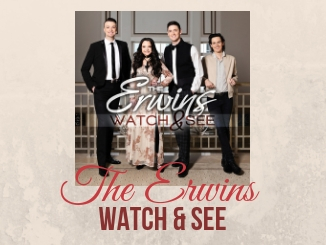