FOR IMMEDIATE RELEASE (MAY 19, 2021) — Tribute Quartet is celebrating the continued success of the Southern Gospel classic song, “I Call It Home,” penned by Squire Parsons. The song hit the #1 position on the SGN Scoops chart for the month of June, 2021, stayed at the top of the Singing News Power 50 Chart for 4 weeks, hit #1 for two weeks on the AbsolutelyGospel.com Top 40 Weekly Chart, and continues to receive broad-based airplay on Southern Gospel outlets throughout the country.

Produced by Gerald Wolfe, Tribute’s rendition of “I Call It Home” is made extraordinary by Josh Singletary’s moving presentation of the beloved tune. “This song has a very special place in my heart,” says Singletary. “My father sang this song to me often when I was young, and I’m honored to be performing it now with Tribute.”

Squire recently sat down with the quartet telling the story of what this song means to him. “There is something very special about coming home,” shared Squire. “Whether to your personal home or your church home. I look so forward to the feeling of coming home to my heavenly home with the Father, the Son, and the Holy Ghost.”

“The first time I heard Tribute Quartet sing “I Call It Home,” was at a concert honoring Squire Parsons over a year ago,” says Gerald Wolfe. “Although I had heard the song many times through the years, Josh Singletary’s approach to the lyric breathed new life into this great classic song. Every time I was around them afterward, I would remind them that they needed to record their version of it. I was thrilled when Tribute asked me to produce the recording, but the arrangement is 100% Tribute Quartet! Over a year after hearing them sing it “live” the first time, it STILL blesses me, every time!”

Jim Brady adds, “I’ve always loved the songs of Squire Parsons. Recently, while putting together an evening to honor the Legacy of Squire and his writing, I asked Tribute to perform “I Call It Home.” I felt they would communicate this amazing song well and, boy, did they ever! It was a “moment” and, due to popular demand, they’ve been singing it ever since. It’s proven to be a winning combination, and I’m so glad they included it on their new project.”

Tribute Quartet consists of Gary Casto, Josh Singletary, Ian Owens, and Gus Gaches.  Since 2006, this multi-Dove Award-nominated group with several #1 songs to its credit, has been one of the most dynamic and beloved groups in Gospel music. Tribute is booked by the Harper Agency (harperagency.com). For more information, please visit tributequartet.com. 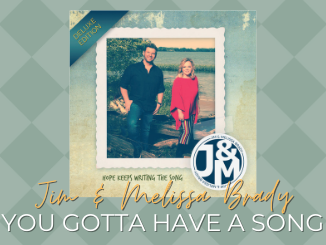 Jim & Melissa Brady – You Gotta Have a Song 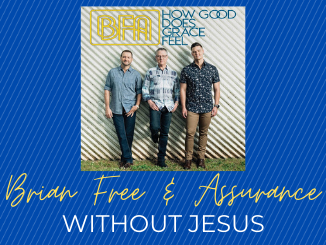