Karen Peck Gooch began her illustrious career in Gospel music with the Rex Nelon Singers, singing with the group for nearly a decade during which time she earned her first GMA Dove Award as well as her first of eleven (11) consecutive Singing News Fan Awards for Favorite Soprano. In 1991, Karen teamed up with her husband, Rickey Gooch, and her sister, Susan Peck Jackson, to form Karen Peck & New River. Always surrounded by incredibly talented singers and musicians throughout New River’s first 30 years, the group is at its finest currently with Karen joined by Susan Peck Jackson, Grant Gibson, Kari Gooch, and Matthew Gooch. A mainstay on the Gaither Homecoming television specials and tours, as well as all major concert events in Southern Gospel music, the group has received five (5) GRAMMY® nominations and won many Dove Awards, Singing News Fan Awards, and Absolutely Gospel awards including the Susan Unthank Award over the years. The group has traveled all over the world proclaiming the Gospel of Jesus Christ.

In recent years, Karen has added acting, hosting, speaking, industry leadership, and songwriting to her endeavors, notably appearing in the movie “Joyful Noise” with Dolly Parton and Queen Latifah and penning several #1 Southern Gospel radio hits. She was recently inducted into the GMA’s Gospel Music Hall of Fame. Gooch also served two terms as the first female president of the SGMA. She also has received an honorary Doctorate of Divinity from Toccoa Falls college.

Learning about her SGMA Southern Gospel Hall of Fame induction in an announcement at the recent Karen Peck and New River Homecoming festival was particularly special. “It was a perfect and special moment to be honored in front of the people that I love the most,” says Karen. “My heart is full of joy and gratitude. I’d like to give special thanks to Arthur, Travis, Tammy, and Allen at the Southern Gospel Music Association for making the announcement a forever heartfelt memory. Most of all I’m thankful to the Lord for allowing me to live my dream for 41 years. I am committed to do all I can to reach the world for Jesus Christ through the greatest music this side of Heaven.”

Karen Peck Gooch will be inducted into the SGMA Hall of Fame at a ceremony to be held during the 2021 National Quartet Convention in Pigeon Forge, TN. 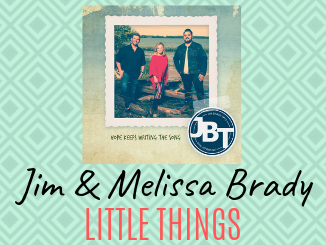 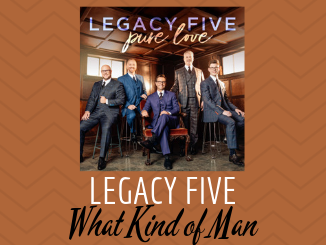 Legacy Five – What Kind of Man 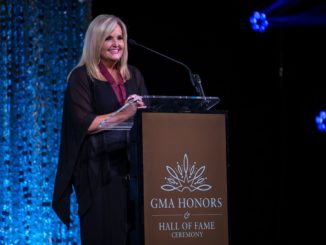