Arden, North Carolina (September 17, 2021) — Sometimes, all you need to create a great song is the ability to recognize inspiration when it comes. That was the case with “The World Needs A Song,” the latest Horizon Records song from The Lore Family.

As co-writer and lead singer Darren Lore relates:“In the early months of 2020, Bev Herema, Dixie Phillips and I met on a Zoom conference to co-write. This was our first attempt at writing as a team, and after talking a while about our families and the effects that the pandemic was having on us, we decided to get busy on finding a theme for a new song. I asked the ladies if I could offer up a word of prayer for our writing session, and as I was praying, I asked the Heavenly Father to use our talents to write something that would bring hope to the suffering. I prayed, ‘Father, the world needs a song right now more than ever. Help us to write a song to encourage and uplift those who are  overwhelmed and discouraged.’

“When I finished praying, all three of us zeroed in on one phrase I prayed. It was as if the Spirit had dropped the hook in our ears!”

The result is a joyous celebration of the power of music when it’s placed in service to the Lord.  As the rousing chorus puts it:

Led by piano, fiddle and banjo, the arrangement shifts neatly from half time verses to a driving chorus, as if the exuberance of the song’s essential message can’t be restrained. Produced by Roger Talley, “The World Needs A Song” both identifies a need — and fulfills it — in a way that manifests the very essence of Southern Gospel.

“The world does need a song,” Darren Lore concludes. “Let’s invite the broken, the burdened and the bruised to join our happy band. It’s time to get our hands clapping and our feet moving to a higher call. There’s room in our choir for the world to join in! ‘So come on, come on and sing along!’”

About The Lore Family
The Lore Family consists of Darren, Sandy and their two children, Fayth and Samuel. Over the past several years, The Lore Family, which calls Portsmouth, Ohio home, has ministered at hundreds of services, making sure each concert or ministry opportunity is fulfilled with excellence and authenticity. The Lores began their ministry traveling in the tri-state region of Ohio, Kentucky and West Virginia, but have now traveled across the United States, singing a mix of classic and current Southern Gospel favorites as well as originals written by Darren. ​The Lores have sung on many well-known stages across the country, including those at the National Quartet Convention, Gatlinburg Gathering Showcase, Singing In The Sun Showcase, Gospel Music Showcase TV, Great American Gospel TV, Gospel Music USA TV, Dollywood, Silver Dollar City and more. Their radio releases have been consistently in the top 20 of the Singing News Chart, and are played regularly on satellite stations such as Sirius XM’s enLighten. Fans voting in the Singing News Fan Awards have voted The Lore Family in the top 5 category for Favorite New Mixed Group for 2 consecutive years. Although charts and awards are honoring, The Lore Family understands that these things come and go. Their main purpose for radio/TV ministry is to give a message of hope and encouragement to seekers and believers. As the Lord blesses, The Lore Family will continue to record and release quality, anointed Southern Gospel Music. 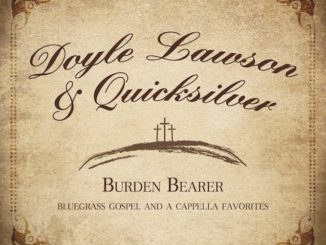 The Old Paths Release What Love Does