“For assuredly, I say to you, whoever says to this mountain, ‘Be removed and be cast into the sea,’ and does not doubt in his heart, but believes that those things he says will be done, he will have whatever he says.Therefore I say to you, whatever things you ask when you pray, believe that you receive them, and you will have them” (Mark 11:23-24).

So many scriptures can be found on faith and believing that they would certainly never fit on this page. The word, believe, is used so often in our daily lives, we likely don’t even think about what the word actually means.The truth is, we use the word believe when we don’t really even believe something at all, because it is such a common word with us. Phrases such as “I believe it will be okay,”“I believe you are going to do it,” and “I believe in you” are passed around very casually, mostly out of habit.

One definition of believe is “to be persuaded of the truth or existence of something.”Many children love to live in the land of make believe, right in the midst of fairy tales and all things magi- cal.They don a costume and immediately are transformed into the character or animal that they are dressed to imitate. Maybe they become a pirate or a princess. Perhaps, they pretend to be a ladybug or a big dinosaur.They take on a new personality, depending on their character. When my oldest daughter was around five years old, I made her a little yellow ballerina costume with a tutu. I would put on some music, and she would literally dance for hours. Actually, it was Kenny Rogers music. She truly believed that she was a ballerina and the look on her face and the expressions she made were priceless to me. She is more than a little embarrassed to watch those videos now.

Why is it so easy for a child to do this? It’s because children haven’t been tainted by skepticism or doubt.Their minds are not yet given to unbelief, although plenty of adults are waiting in the wings to tell them not to expect anything. “After all,” they will say, “life isn’t a fairytale and following your dreams only brings disappointment.”

Perhaps that’s the reason Jesus spoke of becoming as a little child. God’s Word tells us, “Only believe,” and all things will be possible. Put aside your doubts.You know the ones — those that come from life’s bad experiences and leave you feeling that reaching for your dreams is impossible. Remember, our God specializes in impossibilities. So, just believe. It’s not a mind game or the art of practicing positive thinking. It’s simply the reality of God’s Word and there’s nothing “make believe” about it.

God, I know Your

Word is true. It’s so easy to be doubtful and skeptical, but I want to have the faith to believe You when

I pray.You said I could have what I ask if I believe according to Your will. I believe You will give me all the things that are best for me. Lord,

I believe in You. 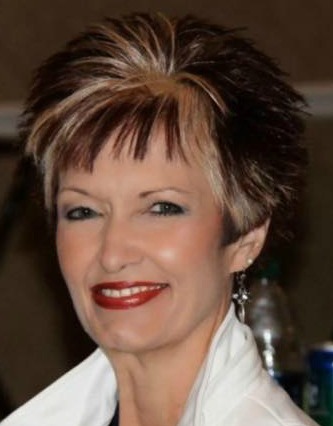