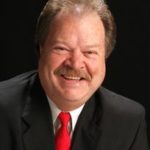 Thursday AM update on Hovie, from his wife:

Surgeon just came in, listed Hovie as critically ill. He had several arythmias overnight, but doctor feels the need to remove the breathing tube sometime later today but will keep the balloon pump in for another day or two. They are going to begin decreasing the pain meds but of course won’t have him up walking yet with the balloon pump still in.

Please pray that as the breathing tube comes out and the pain meds are decreased, that he will be able to lie flat with no pain…not being able to do this was one of the factors that caused the flatline before.

As always, prayers are appreciated…I am feeling them!!!