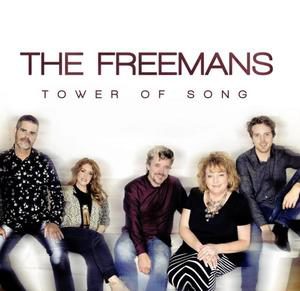 I’ve probably said it more times than I can count…there isn’t a lot in Southern Gospel Music today that excites me, but the Freemans still excite me and they continue to bring it with each recording.  Since it’s been 4 years since their last major release, this is one of the most anticipated releases for 2017 and it’s loaded with some great songs.  Re-enlisting the production assistance of Dony McGuire and Michael Sykes (who helped produce their last recording), they managed to pull the best out of the Freemans and create a great recording filled with great songs, aptly titled, Tower of Song.

The catchy, “IT STILL TAKES THE BLOOD” gets the recording off and running and this Gerald Crabb penned song is a great lead off song and leads perfectly into the Reba Rambo-McGuire/Tery Wilkins penned, “GOD OF THE STORM”.  A tremendous song about faith, Darrell delivers a powerful performance before he delivers another notable performance on the oft-recorded “CHAIN BREAKER”.  While it’s not my favorite performance on the recording, Darrell does a good job interpreting the lyrics of this powerful song.

Chris finally steps up to the forefront with the powerful song, “ONE FOOT ON THE WATER AND ONE ON THE LAND”, which magnificently conveys the tremendous deity of God almighty!

The Freemans dug back about 16 years and brought back a song they originally recorded on their 2001 Highway recording that features Joe entitled, “WHEN HE LOVES ME MOST”.  Slowing down the tempo perfectly accent the lyrics of this song and is a highlight of the recording.

Those of us who grew up in church where there was always that one person who sang with everything within them, “SHE SANG THE FIRE OUT OF IT” will definitely resonate with you.  Written by Jerry Salley and Kenna Turner-West, it’s an unusual song that pays homage to those important people in our lives, and if I may say, Chris sings the fire out of it!

With a bit of studio chatter to start off before the song takes off, Darrell steps back up to sing “WIDE RIVER TO CROSS” before the tempo picks up for the bouncy, “GOD PUT A RAINBOW IN THE CLOUDS”, which is probably my favorite song on the recording.  Penned by Larry Petree, it’s a song that sticks with you long after the music stops.

Caylon steps up to cover the Reba McEntire hit, “BACK TO GOD” before Chris steps back up to deliver an emotional performance on the Dottie Rambo classic, “TEARS WILL NEVER STAIN THE STREETS OF THAT CITY”.  Chris is joined by Dony, Reba and their daughter Destiny, and they sound great together!

Closing out the recording is a rousing rendition of “SEND AN ANGEL BY MY WAY”.  Written by Darrell’s uncle, Joe Freeman, the song was previously recorded by the Singing Cookes and others, and has definitely been a favorite on the revival circuit.  It closes out this tower of song with a rousing finish!

This recording pretty much checks all the right boxes for making a great recording and it ranks as one of their finest, it doesn’t quite rank with their last release, Voice in the Desert.  Collaborating with Michael Sykes and Dony McGuire is definitely a winning combination as they are able to enhance their sound and offer some new ideas, while remaining true to their sound.  The Freemans are country gospel at its finest.  They have consistently remained at the top of their field as they continually release solid recordings, remaining true to who they are, while pushing the envelope slightly and thinking outside the box.

Head Reviewer at Absolutely Gospel
James Hales, from Durham, North Carolina, has been a writer for AbsolutelyGospel.com since 2000. James is our featured reviewer and also contributes to monthly features periodically. 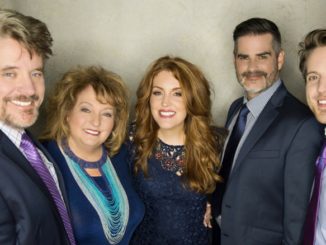 The Freemans – In Conversation

REVIEW: Chris Freeman – The Hinson Side of Me