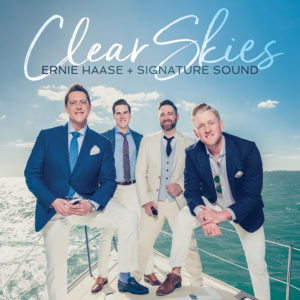 Haun, while ecstatic about his personal nominations, chose to focus on the accolades his artists received. “We are thrilled that the GMA uses this platform to promote gospel music and its message to the world. It’s an honor for me to be a part of this industry.” His nominations include Producer of the Year, as well as several songwriting and production nominations in various categories.

First-time nominee, Trey Ivey, is nominated as a producer on the Ernie Haase & Signature Sound project Clear Skies, as well as The Little Roy and Lizzy Show project Going Home.

Clear Skies is proving to be a powerful project for Ernie Haase & Signature Sound receiving a nomination for Southern Gospel Album of the Year, as well as Southern Gospel Song of the Year for the title cut. “Clear Skies,” co-written by Haase, is the number one song for August on the Singing News Southern Gospel chart. “After all these years, I am beyond thrilled to hear about the Clear Skies song and album nominations,” shares Ernie Haase. “Both my team here at EHSS and the team at StowTown have worked hard and have seen God use this project in a fresh new way. We see Clear Skies today! Thank you, GMA!”

Rounding out the nominations for StowTown is The Little Roy and Lizzy Show with nods for Bluegrass/Country/Roots Album of the Year for Going Home and Bluegrass/Country/Roots Song of the Year for “Dinner on the Ground,” a song that features their friends the Oak Ridge Boys. “Dinner on the Ground” is currently sitting in the number one spot on the Singing News Bluegrass chart for August. “Celebrating a number one song and Dove nominations with our heroes and friends the Oak Ridge Boys…it just doesn’t get any better!” exclaims Lizzy Long.

The 49th GMA Dove Awards show will take place on October 16, 2018, in Nashville, TN, at Lipscomb University’s Allen Arena. The show will be filmed and will air on Trinity Broadcasting Network on October 21.

ABOUT STOWTOWN RECORDS:
StowTown Records was founded in 2011 by Ernie Haase and Wayne Haun and then expanded in 2014 with the addition of partners Landon Beene and Nate Goble. With each person bringing their individual expertise, StowTown has become a powerhouse independent Gospel Music label. As the creative home for many of today’s top artists, the StowTown family of artists includes Ernie Haase & Signature Sound, Doug Anderson, Charles Billingsley, The Browns, Cana’s Voice, The Collingsworth Family, The Erwins, TaRanda Greene, The Guardians, Trey Ivey, The Little Roy & Lizzy Show, Tim Lovelace, Jody McBrayer, Devin McGlamery, The Perrys, Rambo McGuire, Southern Raised, The Taylors and Triumphant. Distributed worldwide through Provident/Sony Distribution, StowTown Records has garnered industry attention with multiple GMA Dove Awards and chart-topping releases from their highly respected roster of artists. 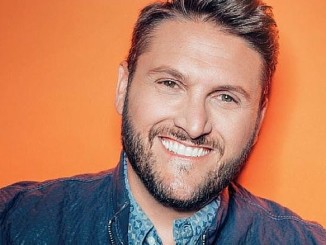