In 2014, a smoky, female voice captured the attention of Christian music fans with the debut of the worshipful single, “How Can It Be.” In 2015, the release of the full-length record, How Can It Be, transformed that new voice into a Christian household name: Lauren Daigle.

Daigle and her debut album went on to receive numerous accolades and awards; including the 2015 Dove Awards’ Best New Artist (as well as Song of the Year, and Contemporary Song of the Year), the 2016 Billboard Award for Top Christian Album, the 2016 K-Love Fan Award for Artist of the Year, two Grammy nominations, and more. The record, How Can It Be, went on to achieve platinum status, leaving Daigle’s expansive fan base in an enthusiastic wait for new music from this record-breaking female powerhouse.

After three years, one of Christian music’s most anticipated albums, Lauren Daigle’s sophomore release, Look Up Child, is here.

From the very first moment of the opening track, “Still Rolling Stones,” all expectations of this record—and beyond—are met with power and boldness. Arranged with creativity, and sung with authority, this one sung wraps up everything Christian music has been hungry for, while preparing hearts to receive messages they may not even know they need.

“Rescue” is one of those messages. Opening with the lines, “You are not hidden / There’s never been a moment you were forgotten,” this song depicts the heart and the sight of God, going on to describe the lengths He will go to seek out and defend the desperate. To the lonely, to the lost, to the heartsick, to the helpless, this song is a gentle battlecry of hope. “Rescue” is immediately followed by, “This Girl,” a soulful and bluesy song of discovery and steadiness in Christ. The hauntingly arranged outro, featuring strings and a piano, is also certainly worth noting.

The vibe changes with Track 4, the exuberant and uplifting “Under Your Wings.” The combination of the melody, arrangement, and vocals create a sense of joy and uniqueness that will surely have groups of friends bopping to this one on their road trip playlists. This song fades into the hit single of the record, “You Say,” which dominated the Christian & Gospel iTunes chart at number one upon it’s release, and also accomplished the Top 5 in the all-genre sales chart. The song calls out truth in the face of insecurity, and fights fear with faith. The message has broken through genre barriers, and has strongly resonated with a diverse range of people. It is a simple, yet unforgettable, song; sung with passion and intricacy. It perfectly sets the prelude for the emotional worship piece, “Everything.” This song is a stand-out, resonating with anyone who has ever come face-to-face with the grace of God. “Everything” effortlessly rolls into further worship with the song, “Love Like This.” Reminiscent of Daigle’s signature song, “How Can It Be,” this song leads listeners into a place of awe and wonder at the love of a Savior, bestowed upon the unworthy. Lauren then lifts the heads of her audience from the deepness of this solemn message, into a place of lightheartedness and rejoicing with the album’s title cut, “Look Up Child.” This track marries incomparable freshness with simplicity; an easy fan favorite.

Track 9, “Losing My Religion,” serves up a piping hot cup of truth and transparency, arranged with an equally gospel and reggae feel, preparing to soulfully point the spotlight directly on Christ’s goodness with, “I Remember.” The ‘altar call’ of the record comes at Track 11; a song of confession and total surrender called, “Rebel Heart.” A clean, and quiet conversation with the Lord follows, simply entitled, “Inevitable.”

There could not possibly be a more fitting close to this record, than the gospel classic, “Turn Your Eyes Upon Jesus.” Sung and arranged in kind with the soulful jazz of the rest of the album, this track perfectly wraps up the consistent message of Look Up Child.

Unknowingly, Christian music has been awaiting this album long before it knew the name, Lauren Daigle. The lyrics have been woven with an equal portion of truth and transparency, and the music has been presented in a way that is unprecedented to this genre, paving the way for the welcoming of a myriad of styles and artists unknown to the mainstream. Lauren and her team have created a musical and spiritual renaissance of sorts, worthy of the wait.

Staff Writer/Reviewer at Absolutely Gospel
Rachel Lynn Sancricca is a national speaker, singer, and songwriter, using her multi-faceted ministry to spread the joy of the Gospel of Jesus. Founder of the up-and-coming trio, Master's Promise, she has spent the past 6 years (and counting) traveling across the country on a mission to edify the Church, and lead souls to the cross through powerful worship and testimony. With numerous song cuts on nationally released albums, several of which hitting the Top 100 on Southern Gospel radio, the horizons of her songwriting continue to expand, as she gives glory to God for allowing the message of Hope in Jesus to spread through her music. Her prayer is that in every word spoken, every phrase written, and every song sung, the Name Above All Names would be clearly heard and lifted high, and all people would be drawn into a deeper, closer, richer relationship with this wonderful Jesus. 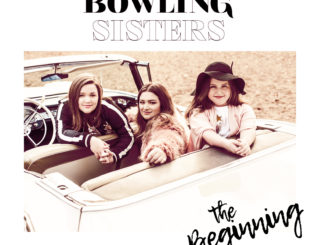 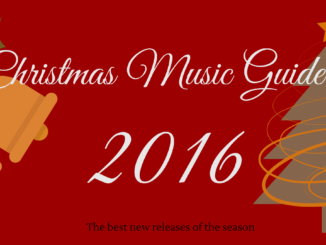