Arden, North Carolina (January 25, 2019) — With a renewed passion and dedication to their ministry, The Old Paths are returning with It’s Real, a collection of songs that carries an authentic message rooted in personal experience. The album will be available everywhere March 22 from Sonlite Records. After taking a break from the road, the quartet wanted to release music that serves as a testimony to the power of faith and the work God has done in their own lives. 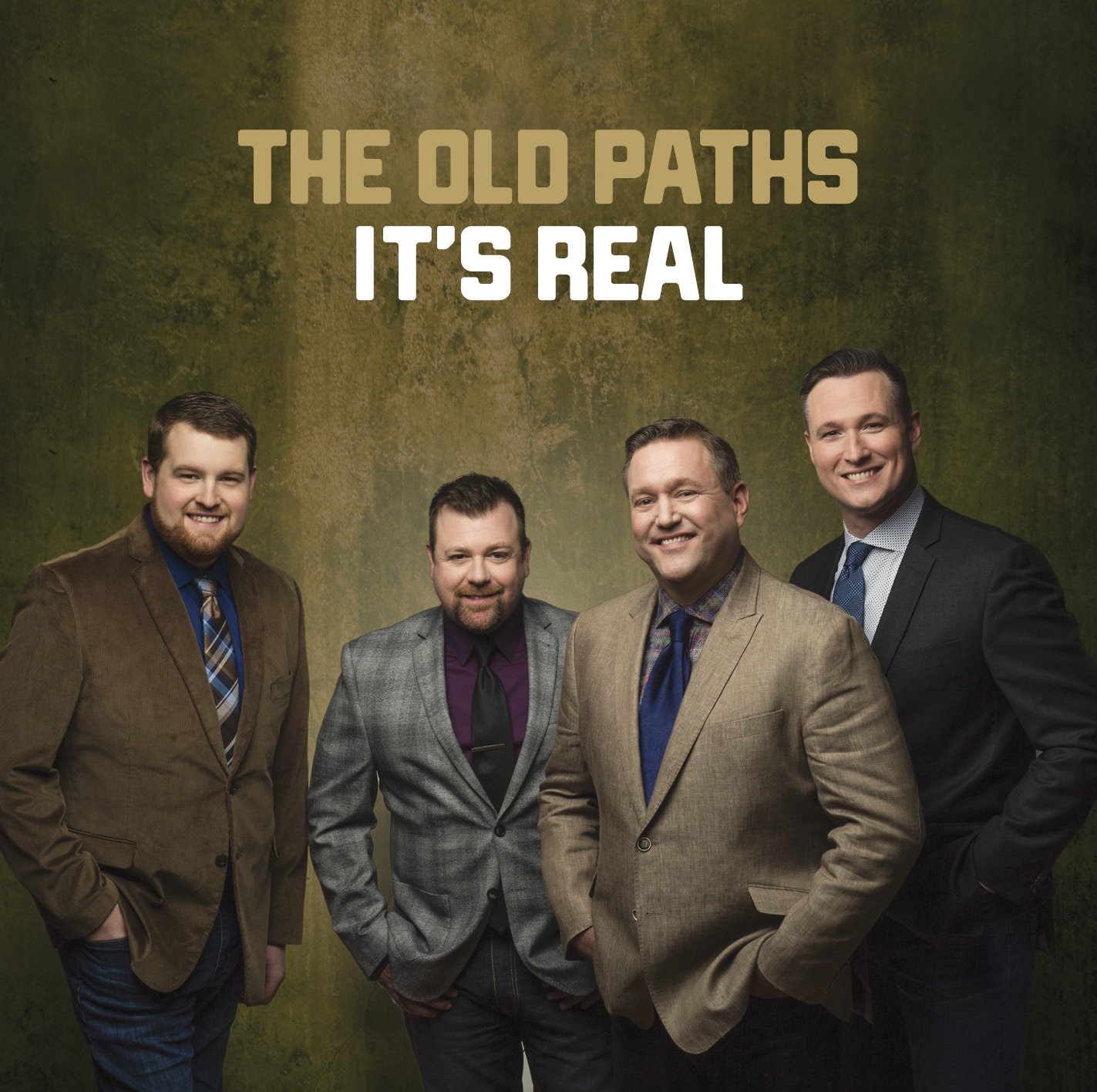 The 7-song EP’s title track, written by Kenna West and Janice Crowe, has Beatles-style harmonies with Roark taking the lead. The lyrics spoke to Roark, who says the message relates to what Christ did for him. “It’s real, just ask, I’m a living testimony to the fact, that it’s real, that’s that,”  Roark sings.

“Lord Knows,” the first radio single, features bass singer Daniel Ashmore. The song builds to an upbeat and uplifting chorus about how God always knows what someone needs even if they’re at wit’s end.

It’s followed by “The God I Know,” a Lee Black and Jerry Salley song. When Roark first heard the lyrics, they spoke to him deeply. In a time when people say “If God was real, tragedy wouldn’t happen,” Roark says he knows otherwise.

“If He can do it for me He can do it for them. I told Tim you gotta sing that song,” Roark says. Lead singer Tim Rackley sings the power ballad, testifying all of life’s trials can be solved through God. “In a broken world where there’s so many lost and desperate souls burning with no hope. The only answer that I know is the God I know.”

The EP closes with “Come Sunday Morning,” featuring tenor singer Steve Ladd. The ballad about the Resurrection story has a strong hook and chorus and uses a common, unspectacular phrase to describe a miraculous story.

Tim Rackley says, “I am so excited about this new recording It’s Real. We were so fortunate to find such great songs with a theme throughout the whole project. Each song really gives a great definition of how the Lord has been ministering in our everyday lives. I really feel this new project will let our friends hear the new sound and know ‘it’s real’ we are back on the road ministering.”

About The Old Paths
In 2003, The Old Paths began its ministry taking the group’s name from Jeremiah 6:16 which says, “Thus saith the Lord, Stand ye in the ways, and see, and ask for The Old Paths, where is the good way, and walk therein, and ye shall find rest for your souls.” With this vision in mind and a heart for ministry, founding members Douglas Roark and Tim Rackley started The Old Paths as a trio.

The group morphed into a quartet shortly after. They signed with Crossroads Music’s Sonlite Records in 2012. Their album Right Now was a breakout project for them producing two #1 hits, “Battlestand” and “God’s Great,” within a six-month span. In 2013, the group was named Favorite New Quartet, and songs like “Love Them to Jesus” and “Ordinary People” also quickly became fan favorites.

The quartet made the decision in 2015 to come off the road for a while due to family circumstances. While the decision was not easy, they left the door open for a possible return to gospel music and touring. And when God opened that door for them in 2017, they were ready to walk through it. With a renewed passion for ministry, The Old Paths took the stage again the Memphis Quartet Show in June 2017.

Tim, Doug and Daniel found the right blend with Steve to be able to come together as The Old Paths again. Their project together, Long Run, was released in July 2017. The goal of the group has stayed the same after all these years to see people come to know Jesus Christ as Savior and to encourage fellow believers. They are thankful that God gave them the chance to return to the platform again to sing and encourage. They could not be more excited about this new stage of their ministry and to see what God has for the group in the future.