Andrew Stephens: Through the years, the mighty Kingsmen have involved a unique class of individuals. What is the latest talent in the Kingsmen Quartet?
Ray Dean Reese – I joined the Kingsmen back in 1967 as bass singer, and I’m still here! My son Brandon Reese has been with us 23 years, and is our road manager, producer, drummer, bus mechanic, and sound engineer. Chris Jenkins is our tenor, emcee, and also is heavily involved in our musical arrangements. Our newest members are our lead singer Chris Bryant and baritone Alan Kendall.
AS:The year 2019 is poised to be full of success for the quartet. With a new album release, the quartet is sure to delight listeners with the excitement for which the Kingsmen is known. (1), what is the title, and (2), what can listeners expect?
Chris Jenkins – Victory Shout is the name of the new album that will be released on June 7th. Listeners can expect classic Kingsmen, “three chords and a cloud of dust” type songs, progressive anthems, and lyrically strong ballads. The Kingsmen have always been known as innovative in style and taking chances throughout their 63 year career with songs such as, “The Judgment”, “When God Ran”, “Battle Cry”, and “They Don’t Know”. We feel that “Victory Shout” continues in that same vein of advanced and modern arrangements, instrumentation, and strong dynamic vocals.
AS: How do the Kingsmen select songs for projects? Do you have “go-to” songwriters?
C.J. – We have always had a pool of writers that send us songs with that “Kingsmen Sound”. The Kingsmen are always careful to listen to everything that comes our way. You never know when you may run across a diamond in the rough. The new record, “Victory Shout” features songs from writers such as, Kenna West, Jason Cox, Dianne Wilkinson, Rebecca Peck, Regina Walden, Joseph Habedank and several others.
AS: On the heels of the hit, “Don’t Underestimate God’s Grace,” the Kingsmen have a new single, “Victory Shout.” How did this song arrive to the Kingsmen?
C.J. – We almost had all the songs chosen for the new album and because we always listen to everything that comes in, we received two songs that only had very early rough demos. Both were songs we knew The Kingsmen had to record, one being Victory Shout.
AS: What plans do the Kingsmen have for the new single and album?
C.J. – “Victory Shout”, the album features the brand-new lineup with the two newest members of the Kingsmen. We believe this record showcases the best vocal abilities of each member and exhibits a powerful blend that is reminiscent of Kingsmen sounds of the 70’s and 90’s, respectively. We plan to release several more singles from the album as we feel most every cut could be a potential single.
AS: Now, let’s switch things up. Who are some of the Kingsmen members’ musical influences?

Ray – My greatest musical influence was my buddy London Parris. He and I grew up together in the Asheville area, and he of course went on to sing with the Rebels Quartet and the Blackwood Brothers. He was one of a kind!
C.J. – Brian Free, Jerry Martin, Steve Perry, Celine Dion
Chris Bryant – I feel like I’ve been influenced in different areas by a number of people within this industry. I’ve learned breathing, placement, and tone from some great singers through the years. I will say that Arthur Rice and Bill Shivers are two of my favorite lead singers today.
Alan Kendall – Within the scope of the Kingsmen, I draw a lot of vocal influence from Jim Hamill, Squire Parsons, and Arthur Rice. I am always playing classic gospel recordings by groups like the Statesmen, Cathedrals, Oak Ridge, Rangers, and the Sunshine Boys. Outside of gospel music, some of my vocal heroes include Michael Buble, Ronnie Milsap, George Jones, Chris Stapleton, Ray Charles, Steve Perry, and Elvis. Call me an old soul!
AS: As Southern Gospel music progresses, what challenges does the genre face as the mainstream music industry changes?
C.J. – I feel that just as “southern” gospel progressed from the 50’s and 60’s to the sounds of the 70’s and 80’s, today’s traditional Christian music is stronger lyrically than 20 years ago. Most of the writers are still the same but these wonderful writers that our industry has been blessed with see the need for a strong and direct message that needs to be heard and are writing some powerful messages in their songs. On the other hand, music is always evolving and we (the Kingsmen) never like to have the same exact style for every song. Whether it be an anthem, ballad, “barn-burner”, or traditional 6/8 mid-tempo song, the arrangement should be utilized to make the songs as effective as possible to extend the message our audiences need to hear.
AS: On the lighter side, for each of you, which Kingsmen song is most difficult to remember the words to?

Ray Dean – “Nobody Saved But Me” was the hardest song I have ever done, off of our Stand Up at Opryland album. Had a lot of words!
Alan Kendall – Songs like “I’ll Sail Away Yonder”, “Travelin’ Home”, and “I’m So Glad That Jesus Saved My Soul” are my kryptonite. I do love the Convention tunes, but if I’m going to mix up the lyrics, it will happen on those types of songs!
Chris Bryant – That’s easy!….the Kingsmen classic “Travelin’ Home”. The verses are so fast and I’ll never forget listening over and over again before my first concert with the guys and still not being able to get them straight. I remember sending Chris Jenkins a message saying “I want to go there to live forever neath a great pile of stones???”…..thankfully it was “live through the ages neath the great cloudless dome”. But I cannot say that I get it exactly right every time.
AS: How can listeners keep up with the Kingsmen?
www.kingsmenquartet.com, facebook, twitter, we also have a mailing list that you may subscribe to via our website.
Andrew Stephens

Reviewer/Contributing Writer
Andrew hails from Anderson, SC and has lived here all 25 years of his life. As a child, he attended concerts in the area and instantly became hooked on the concept of Southern Gospel music. His music collection has expanded to over 1,000 artist recordings as well as several compilations (including record label & radio promotions comps). For a couple of years or so, Andrew hosted a blog, "Southern Gospel Review", and did articles ranging from specialty (Hits of the Past), album reviews (CD, DVD, & Vinyl), and other interesting tidbits (recording oddities, etc.). 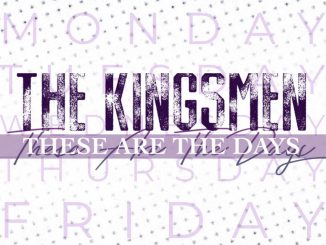 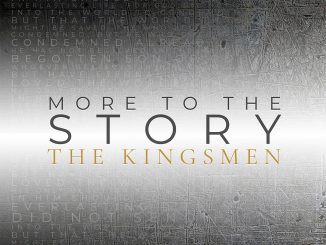 REVIEW: The Kingsmen – More To the Story 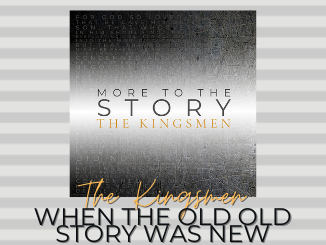 The Kingsmen – When the Old Old Story Was New