NASHVILLE, TN—New Haven Records recently announced the release of Gordon Mote’s new Southern Gospel single, “Set Your House in Order,” from his Grammy-nominated project, LOVE LOVE LOVE. This follows the news that Mote has again been nominated by the Academy of Country Music for Piano/Keyboard Player of the Year. Mote is already a two-time recipient of this award.

Greg Goodman, program director for Salem Media Group’s Singing News Radio, is delighted to add the new single: “After the amazing response to the video being posted, this will definitely be a quickly coming add to Singing News Radio!”

Gordon Mote continues, “’Set Your House in Order’ is a fun song with a serious message: The Lord is coming back to judge the world. But in his loving kindness, he’s delaying his return until we can hear the call to repent, trust in Christ for our salvation, and begin to live as ambassadors of his love. I grew up loving the Oaks and have had the amazing privilege to play for them in concert and in the studio. To have them join me on my record and video is nothing less than a lifelong dream come true.”

Duane Allen, the lead singer of the quartet says, “I have often wondered what Gordon Mote ‘can see’ in his mind. I think he has the entire picture laid out, and he just brings the rest of us in to fill in the colors. I love working with Gordon.  He has an endless supply of creative ideas, and, he never forgets keys or arrangements. Did I tell you that he has the perfect pitch??”

Co-produced by the celebrated talents of Wayne Haun, Phil Johnson, and Gordon Mote, the LOVE LOVE LOVE album spans the stylistic gamut from traditional Southern Gospel to Country to accessible pop. Nonetheless, the album is unified by Gordon’s warm voice, stellar lyrics, and signature piano prowess. As the project came together, Mote realized that the common thread of God’s love ran through the songs on the album and decided that LOVE LOVE LOVE was the perfect title.

New Haven Records president Ken Harding concludes, “Gordon’s albums are always filled with more singles than radio can possibly program, so we couldn’t wait to get this amazing song into rotation!” 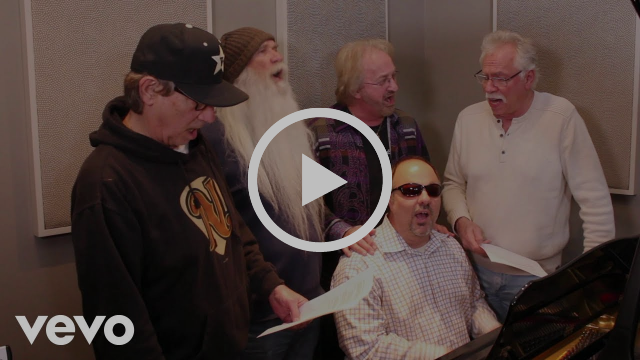 >ABOUT GORDON MOTE
Blind since birth, Gordon Mote began playing piano at the age of three. Ever since, he’s been using his God-given musical talents to write and record songs that reflect his faith. After graduating from Nashville’s Belmont University with honors, Mote was asked to join Lee Greenwood’s band. Since then, Mote has become an in-demand concert and studio musician playing, touring and recording with some of Country and Gospel music’s biggest artists, including Porter Wagoner, the Gaither Vocal Band, Brad Paisley, Carrie Underwood, Rascal Flatts, Blake Shelton, Trisha Yearwood and Alan Jackson, among others. Moreover, Mote has also been a long-running guest on numerous Gaither Homecoming tours. Throughout his career, Mote has garnered two Academy of Country Music Awards, two Music Row Magazine Instrumentalist of the Year Awards (2009, 2011), numerous Dove Award nominations and a GRAMMY® nomination. For more information, go to www.gordonmote.com.

ABOUT NEW HAVEN RECORDS
New Haven Records is a Nashville-based music corporation that includes label, publishing and film companies focusing on the uniquely American genres of Black Gospel, Southern Gospel, and Country & Bluegrass Gospel. New Haven’s products are serviced to Christian retail through Provident Music Distribution and to the mainstream marketplace through SONY Distribution. For more information, go to www.newhavenrecords.com.