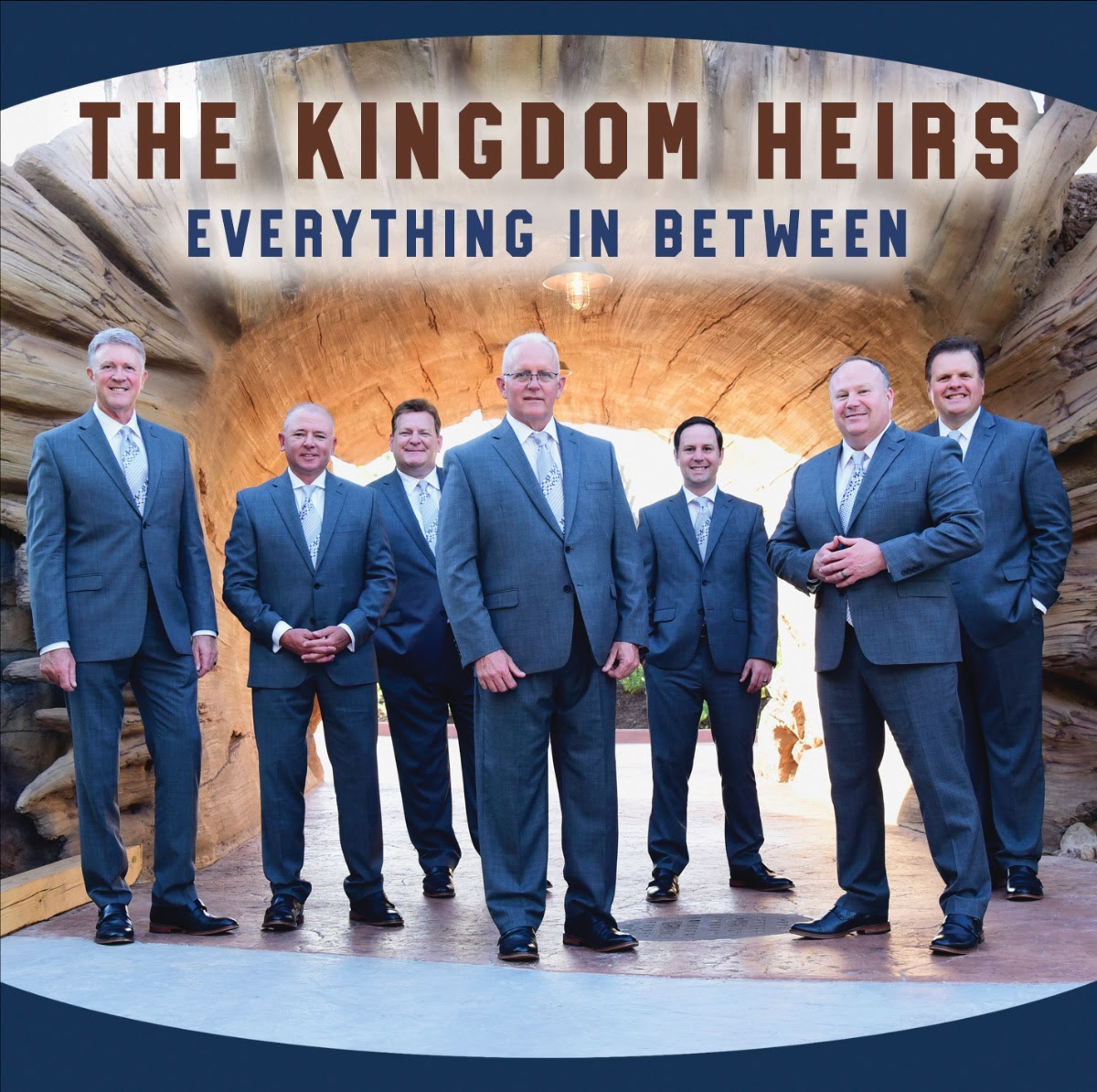 On Everything In Between, The Kingdom Heirs illustrate why they’ve been noted as one of the top quartets in Southern Gospel music. The album features full quartet tunes, a cappella hymns and lively instrumentals. Each style lifts up praise to the Lord for all He’s done for us on Earth.

The album begins with “Just Drink The Water,” a new song from the pens of Lee Black, Gina Boe and Jerry Salley about wanting to be a witness of Christ’s love and spreading His message. The title track reminds that no matter what happens in life, Jesus is the first, last and everything in between. With an upbeat, country feel, this song features bass vocalist Jeff Chapman on the verses with the group joining on the chorus, and embodies the heart of Southern Gospel traditions.

The Kingdom Heirs’ instrumental work shines on their rendition of “Sweet By And By,” a classic hymn immediately recognizable with the joyful piano of Andy Stringfield. “Holy, Holy Is What The Angels Sing,” sung a cappella, is an old church hymn that tells of the joy salvation will bring and what it will be like to join the choir of angels. Everything In Between closes with “High On Zion’s Mountain” a powerful song penned by one of the group’s favorite writers, Dianne Wilkinson. With grand music, it tells of the glorious day when we reach Heaven and the beauty that will be found there.

With their vocal and instrumental abilities, The Kingdom Heirs praise and worship the Lord with each song on Everything In Between. Whether it’s a compelling song with the full group, a moving instrumental or a smooth a cappella tune, this album has something for each listener looking to lift up the Lord and His message.

Listen to Everything In Between HERE. 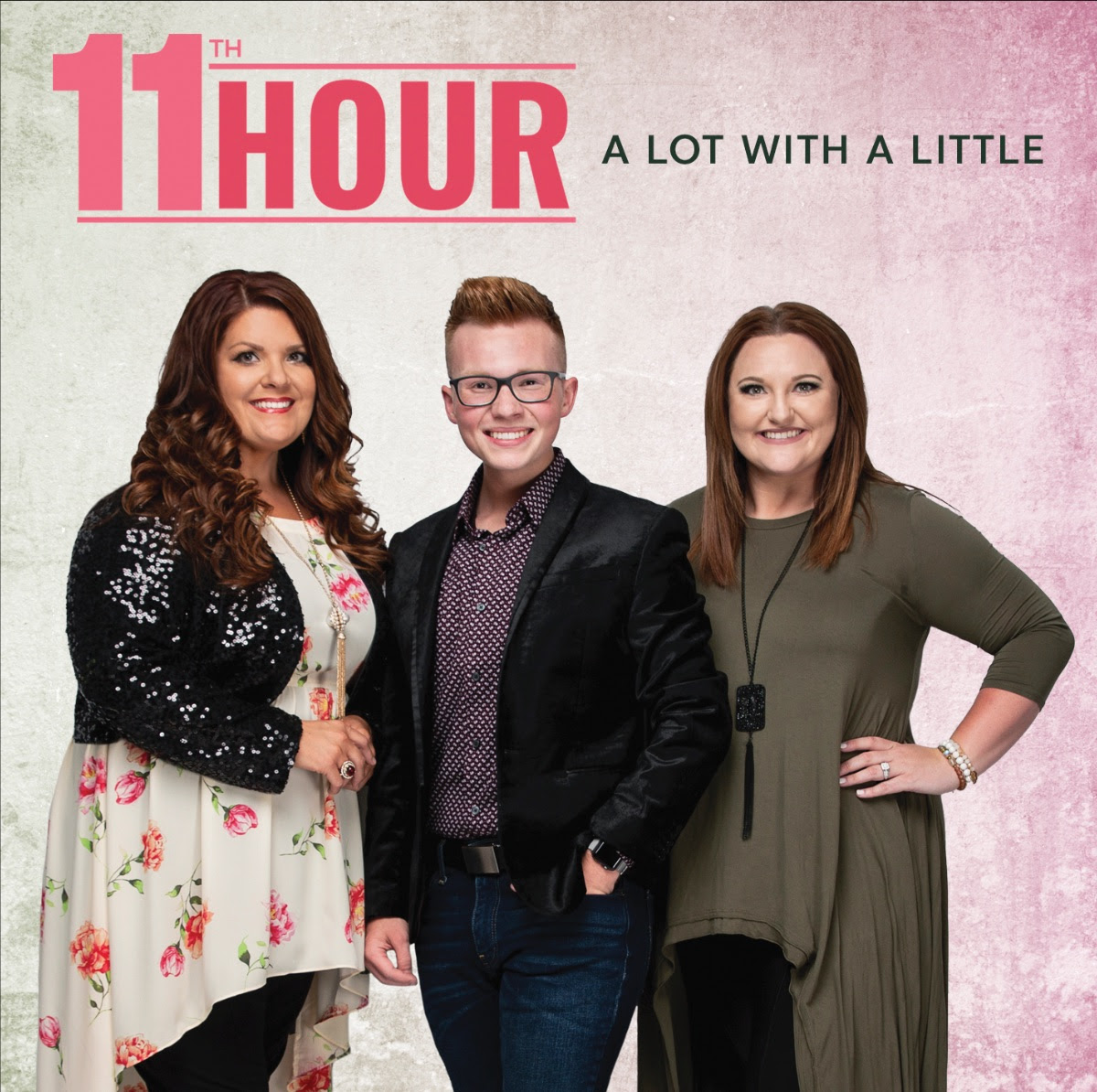 With mighty expressions of worship and quiet moments of surrender, 11th Hour puts a spotlight on what God can do with a little trust and a lot of faith on their latest album, A Lot With A Little. The album is a heartfelt statement of the group members’ passion to use their talents to serve the Lord.

A Lot With A Little kicks off on a high note with the title track and first single. With powerful vocals from Amber Eppinette and a high-energy driving feel, “A Lot With A Little” recalls how Jesus made miracles happen without having much to work with, a lesson we can use in our own lives. It doesn’t take much to experience God’s goodness in life. Eppinette’s vocals shine again on “Bring On The Storm,” a song about remembering life’s trials are about growing in relationships with oneself and God.

11th Hour couples these high-energy songs with others that create peaceful moments of stillness. Led by alto Jaquita Lindsey, “Always On His Mind” details how God serves our needs in all areas of life, whether joyful or sad. Later, “How Much Broken Is Enough,” describes feelings of desperation, without an end in sight. But don’t fear — God is a healer.

11th Hour’s newest member, tenor Logan Smith, shines on “Love Don’t” and “Love Leaves A Mark,” both about the enduring nature of love, which knows no bounds and will always be present in the world.

A Lot With A Little shows the range Eppinette, Lindsey and Smith bring to the music they create. With a focus on uplifting the Lord, 11th Hour will inspire audiences to praise and worship with all they have.

Listen to A Lot With A Little HERE.

About The Kingdom Heirs
From the Mountains of East Tennessee, Southern Gospel Music fills the air and is the home of The Kingdom Heirs, one of Southern Gospel Music’s top Male Quartets. The group started performing in local churches and concert halls and as their music and message spread to a wider audience, so did their popularity and demand. Later in 1982 they began singing at the Silver Dollar City theme park, which is now Dollywood. In 1986 when the theme park took on their new name, The Kingdom Heirs were asked to become the resident gospel group and now this year, both The Kingdom Heirs and Dollywood are celebrating 33 years. Not only are they one of Dollywood’s favorites, but a favorite to millions everywhere.

The Kingdom Heirs have been nominated many times for industry awards such as The SGMA Awards, Dove Awards and The Singing News Fan Awards. Winning Newcomer Group of the Year in 1989, the group has been a constant favorite. The latest award is 2017 Band of the Year, which the band also won in 2002, 2004, 2005, 2006, 2013, 2014, 2015 and 2016.  They have also had many top ten songs, and currently have had 40 top 5 songs in a row and 11 number 1 songs including their latest number #1 song, “I’ll Know I’m Home”, “The Borrowed Tomb”, “Just Beyond The Sunset” (Nominated for Song of the Year), “Just Preach Jesus” (Nominated for Song of the Year), “Tell Me Why” and “He Locked The Gates.” Two songs “The Chain Gang” and “Pieces” were nominated for a Dove award, off of their highly successful album, A New Look were nominated for a Dove Award in 2016. Their album The Last Big Thing debuted at #1 on the Billboard Charts in October 2017 followed by another Billboard debut with Something Good Vol Two in May 2019. Over the past years they have had 29 songs nominated for Song of the Year. The Kingdom Heirs are Arthur Rice, lead singer; Jeff Chapman, bass singer; Jerry Martin, tenor singer; Loren Harris, baritone singer; Dennis Murphy, drummer; Andy Stringfield, pianist; and Kreis French, manager.

About 11th Hour
Over the last ten years of traveling on the road, 11th Hour has seen God do some incredible things. With musical influences such as Karen Peck and New River, The Martins, Gold City, and The Kingsmen, 11th Hour has stayed fresh and relevant while maintaining a versatile sound, able to lead congregations in moving times of worship. After reaching high acclaim, in 2012, 11th Hour signed a recording contract with Crossroads Music. They’ve had five #1 songs on the Singing News chart and been nominated for numerous awards in Southern Gospel music such as Singing News Trio of the Year and AGM Album of the Year, while Amber Eppinette was nominated for Soprano of the Year. 11th Hour features Eppinette, alto singer Jaquita Lindsey and tenor singer Logan Smith.

The Talleys Close Out Live Music Series with “Testify”