NASHVILLE, TENN. (OCTOBER 04, 2019) Award-winning trio Selah will release their new album, Firm Foundation, on November 1st with Integrity Music. This will mark the first release with the new label partnership. The debut song, “Jesus Is King,” from the forthcoming album along with the pre-order is available today here.

“We live in a day and age where everyone is being encouraged to find and live their own truth,” explains Selah’s Todd Smith about the new album’s theme. “Historically that only leads to chaos. Instead of the Church influencing culture, we are letting culture lead us. We have more access to the Word of God than any generation before us, and yet we are one of the most biblically illiterate generations. Selah is hoping and praying for a generation whose foundation is Jesus and the writings of His Apostles, and that God uses these songs to remind people to turn to Him. He is our hope, our joy, and our foundation. Hopefully, these songs speak truth about these things in some small way.”

The new album features 11 tracks, and includes the first official song written by all three members of the trio titled, “Let The Saints Sing.” Firm Foundation also features a variety of styles such as the Americana track, “Always Gonna Be,” the introspective song, “My Soul Be Satisfied,” and the modern hymn, “Yet Not I, But Through Christ In Me,” among others. 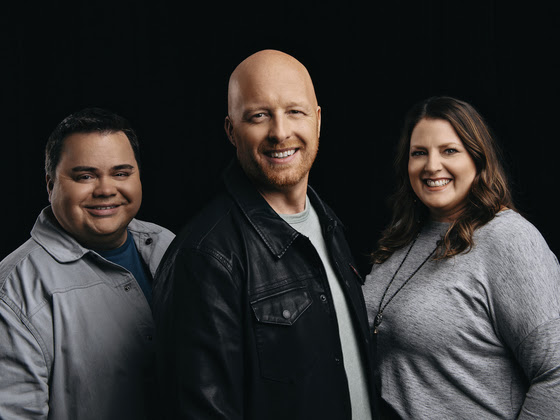 ABOUT SELAH: Selah is comprised of Todd Smith, Amy Perry and Alan Hall. In their two-decade career, the trio has achieved more than four million units in music sales and received eight Gospel Music Association Dove Awards, a Gold-certified album, and eight No. 1 singles. Selah is known for their signature vocal harmonies and unmatched musical talent, their passion for ministry and their deep love for the Church. A few of the group’s signature hits include, “You Raise Me Up,” “Wonderful, Merciful Savior,” and “You Amaze Us.” Smith, Hall and Perry together have graced stages like Carnegie Hall, Nashville’s historic Ryman Auditorium, and the Grand Ole Opry, while touring with such artists as Casting Crowns, Point of Grace, Steven Curtis Chapman, Natalie Grant, Michael W. Smith and more. Selah’s hope and prayer has always been for their music to carry a message of hope and healing, share the gospel of Jesus, and ultimately point people to the love of God. For more information about Selah and their new album Firm Foundation, visit their social links below.

REVIEW: Selah – Step Into My Story