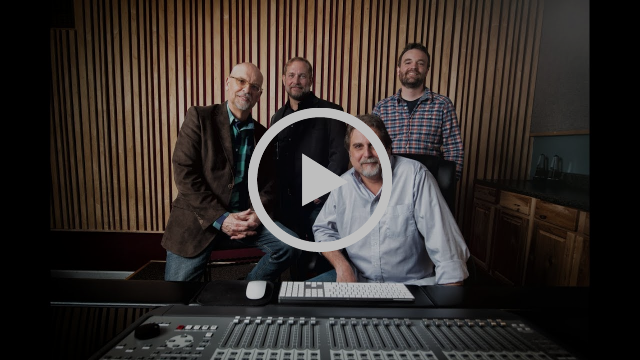 Arden, North Carolina (October 22, 2019) — Established in Asheville, NC in 1995, and now located in Arden, NC, Crossroads Studios has been the home of national, international and regional recording artists for over 3 decades, creating a world-class environment and producing scores of #1 radio hits, multiple GRAMMY-nominated albums and dozens of industry award-winning recordings. The studios, consisting of two dynamic recording rooms, have recently undergone an extensive upgrade, putting them on par with any world-class operation.

The upgrades at Crossroads have created a space where the glass seemingly comes down between engineers and musicians. The result is music with richer tones and a warm analog sound that translate incredibly to the world of acoustic recording.

Crossroads Studios’ Director of Operations Scott Barnett, who has been a professional engineer for 23 years says, “Crossroads Studios has always strived to offer clients the best quality recording experience possible. We currently have the perfect combination of the best high-quality analog front end and high-resolution digital recording equipment available on the market today.”

Crossroads’ Chief Engineer Van Atkins, who’s been with Crossroads for 25 years, adds, “Early in my career, I spent several years working on 2-inch tape and large format consoles enjoying the richness that analog gave me, and since the digital revolution worked its way in, I have spent a large portion of my time trying to emulate that sound. Now with our recent addition of Burl converters and the amazing low-end response and superior stereo separation that they exhibit, I have found the cure!”

Here’s what Crossroads Studios clients are saying about their experiences:

“To make a good Bluegrass record, you have to have a genuine love for the music, a desire to see the music spread, and a knowledge of how to capture it correctly. The folks at Crossroads Studios have all these traits. I’m proud to call them my friends. I played on my first professional Bluegrass record at Crossroads. The folks there not only showed me great recording techniques but taught me how to work in an atmosphere of respect and instilled in me an attitude of service. I can’t think of a better place to record or better people to record with.”
—Bryan Sutton, renowned acoustic guitarist

“Professionalism, premier creativity, and a relaxed artist-friendly environment with people who care about the end result are just a few of the reasons I prefer Crossroads Studios. You will never regret going to the mountains to record!”
—Mark Trammell, Mark Trammell Quartet

“I’m able to concentrate on the music when working at Crossroads Studios. They know bluegrass, so everything sounds good and the atmosphere is relaxed. I always leave thinking “Boy, that went smoothly!” —Barry Bales, 14-time Grammy®-winning bassist, Allison Krauss & Union Station

“When I record at Crossroads Studios, I know I can count on three things; I’m going to work with consummate professionals, we’re going to make great music, and we’re going to have fun.” —Lauren Talley, The Talleys

“We love working with the team at Crossroads Studios! The location is convenient for us, but working with ‘The A-Team’ of musicians and engineers, in the laid-back atmosphere of Western North Carolina, is the real reason we keep coming back, year after year.” —Gerald Wolfe, Greater Vision

“I’ve been recording at Crossroads Studios most of my career, and I always look forward to getting a chance to be in the studio there. Not only have they cranked out countless high-quality recordings for decades, but they’re some of the finest folks I’ve ever met.” —Mark Fain, Producer/musician

“Crossroads Studios provides all the right ingredients for creating a great musical project. The environment lends itself to creativity and their professional staff and quality of recording is a step above the rest. I highly recommend Crossroads Studios for any recording needs.” —Buddy Melton, Balsam Range

With these upgrades, Crossroads will continue its long legacy of producing top-notch music in an unparalleled environment.

Crossroads would like to give special thanks to Delvin Wolf and the entire Sweetwater team for their invaluable assistance in the planning and execution of the equipment install.

About Crossroads Studios
Crossroads Recording Studios has been proudly dedicated to creating first-class music for our clients for over 30 years. We offer a full list of audio production services (recording, mixing, mastering, editing, arranging, tuning, voice-overs & songwriter demos) in a friendly and creative atmosphere. Our studios are fully equipped with what we believe to be the finest combination of modern and vintage microphones, high-quality analog front end, and high-resolution digital recording equipment available.

Our production staff of award-winning engineers, producers, studio musicians, and vocalists are ready to help you fully realize your musical vision. Many of our artists and clients return to Crossroads year after year because they can count on us to consistently deliver high-quality audio production services. We are proud of our stellar reputation in the Roots Music industries (Gospel, Bluegrass, and Americana).