Estero, FL  – Talented Christian singer and musician, Lindsey Graham, has announced the release of her first music video, “Sing A New Song”.  This release is the first of a trilogy of singles she is planning to release in 2020.

All three songs in the Singles Trilogy were recorded this past summer as part of a TV program in Sweden titled “Conversations with Dr. Lindsey Graham.” Lindsey has toured in Sweden for several years, and is a well-loved Christian artist in that Country as well as in the States.

The video for “Sing A New Song”, was filmed by Chandler Baucom of CRB Pictures. It features Reagan Baucom, with an appearance by Rodney Baucom (of LifeFM), and many of Lindsey’s private voice and piano students, as well as a few from the First Baptist Church Naples Student Choir. It was shot on site in Estero, FL and Naples, FL.  Some of the footage was also captured in North Carolina.

“Sing A New Song” is an uplifting worship anthem that is beautifully enhanced by Lindsey’s strong and melodic vocals.  The Gospel feel of the background singers is reminiscent of old church choirs, while her lilting soprano adds dimension and joy.

Lindsey says “This is my first attempt at a music video and I am thrilled with the results.  The song is vibrant thanks to my producer/arranger, Jason Webb of Nashville, TN. He did a great job making “Sing A New Song” our own. Chandler captured the story in the song and developed this idea in a moving way.  The video portrays the beauty of kindness and encouragement, and just how far a smile can go to brighten someone’s day. I could not be happier and I pray people’s spirits are lifted every time they see the video or hear the song.”

In the January 2020 edition of Singing News, the music video release was discussed in an article about Lindsey and the different facets of her diverse music ministry.  We can look forward to the next two songs being released with music videos at later dates. “I Can Only Imagine” and “I Am Resolved” (an Amber Maxwell original) promise to be equally eloquent additions to the Singles Trilogy.  Stay tuned to see what new and wonderful projects this talented Christian artist has planned.

The video can be viewed here. 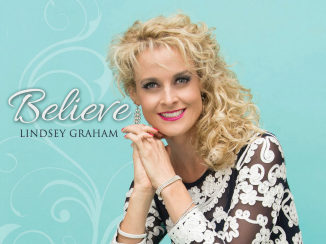 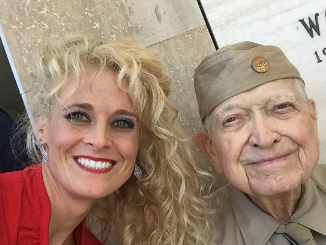