Arden, North Carolina (May 22, 2020) — The Chitans’ music is always expressive, and always rooted in faith and tradition. This is evidenced in two new songs — “Set Apart” and “Jesus Is Moving” — the first releases from the group after signing with Horizon Records.

Kaiziah, Kayandra, Jesse, Jayden and Karlainah Chitan and their parents, Layne and Karen, spend most of the year traveling the world and serving the communities they stop in through ministering in churches, hospitals, nursing homes, senior homes, community centers, prisons, slums and on the streets — and though they’re based in Canada, the foundation of their musical ministry is the Southern Gospel style they’ve listened to all their lives.

For their Horizon debut releases, the group has selected two songs that reveal how deeply they have taken the message — and the sounds — of Southern Gospel to heart. On both, the refreshing, youthful sincerity of Kaiziah and Kayandra’s voices are front and center, framed by piano, organ, and sibling harmonies as they deliver timeless lessons in faith.

In “Set Apart,” — the group’s radio single — The Chitans sing of being molded by God to spread the gospel through their actions.

“These days, it’s becoming easier to be like the world and to try to fit in,” they say. “But, God has set us apart to be a peculiar people, a holy nation, a royal priesthood. When somebody sees us, they should be able to identify us as Christians, by our actions, words and our deportment. We accept this song as a challenge and a goal. A challenge to let God mold us into who He wants us to be and a goal to live a life that glorifies our Maker.” 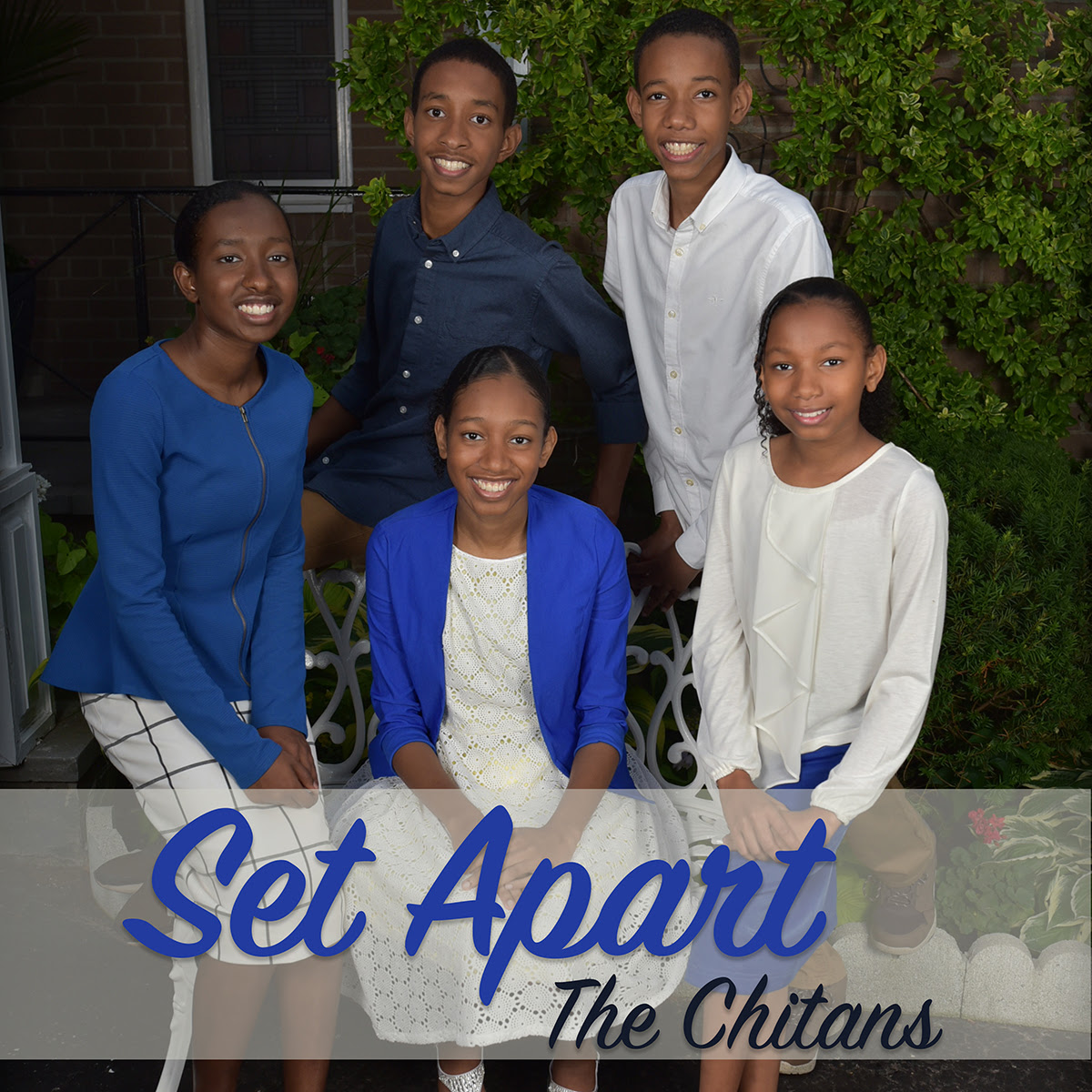 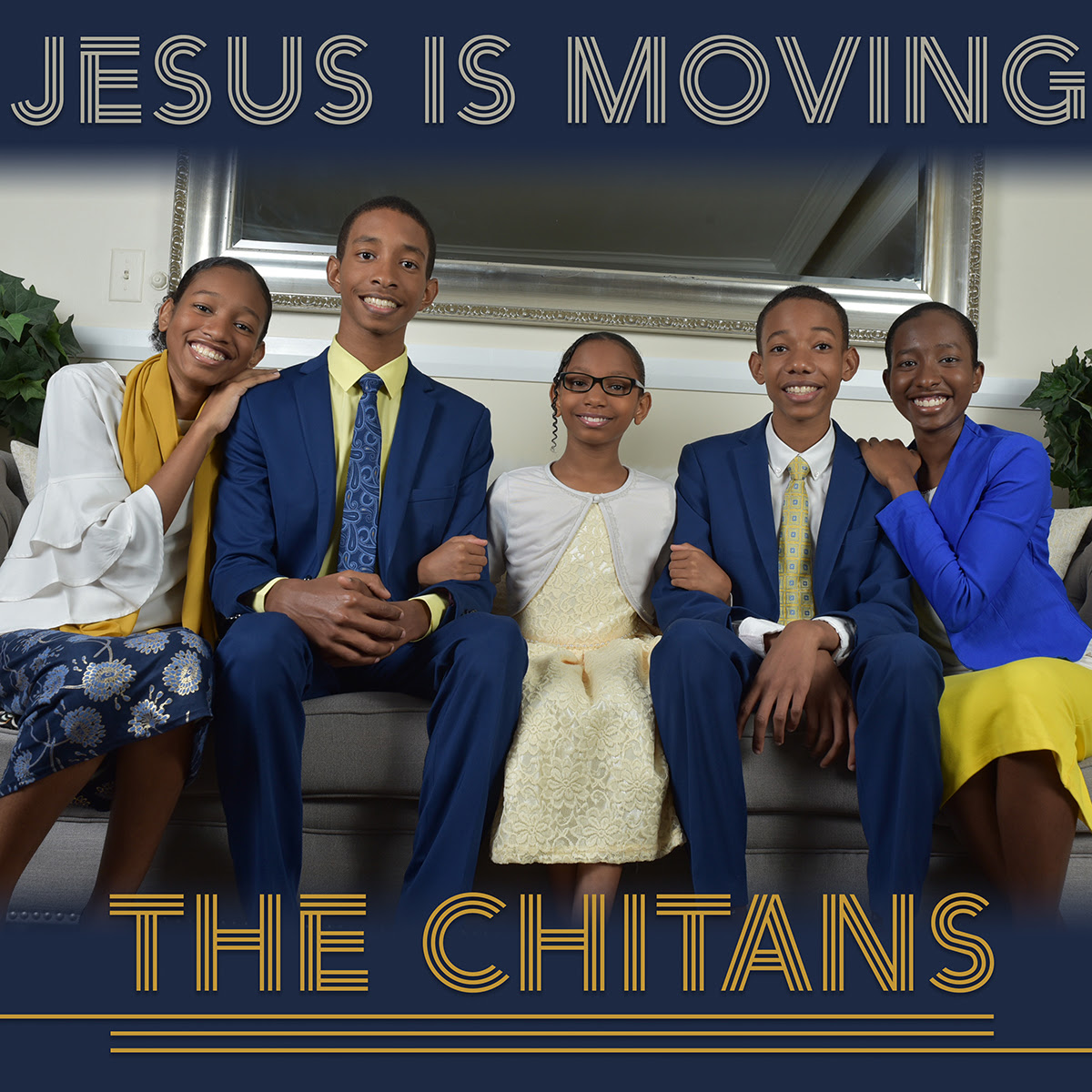 The soulful “Jesus Is Moving,” describes how life changing knowing Jesus can be, especially during times of struggle.

“‘Jesus Is Moving’ is such a powerful reminder. It doesn’t matter what you’re facing or what you’re going through, Jesus is moving in our direction to be everything that we need,” say The Chitans. “It’s amazing to think that ‘the King of all glory’ is mindful of us. He cares enough to pass by and take care of each one of us. In such a time as this, it is such a great promise.”

With both of these songs, The Chitans’ broad influences are heard, but Southern Gospel and the message it serves remain at the core — a theme The Chitans continue whether they’re belting out an up-tempo song of joy, or offering a contemplative ballad

Listen to “Set Apart” HERE and “Jesus Is Moving” HERE.

The release of “Set Apart” and “Jesus Is Moving” comes a week before The Chitans will be hosting a worldwide day of worship through music and prayer on May 30.

Also titled Jesus Is Moving, the live-streamed worldwide event hosted by The Chitans will feature artists Brian Free and Assurance, The Talleys, The Whisnants, The McNeils from the United States; LYNC, The Cuffeys, Paschal Kalumbi, Tiffany Campbell-Dailey Smithfrom Canada; The Foster Triplets from Jamaica; Xclusive from South Africa and many others to be announced. Fans can tune in throughout the day on The Chitans’ website, YouTube and Facebook.

About The Chitans
Kaiziah, Kayandra, Jesse, Jayden and Karlainah Chitan and their parents, Layne and Karen, travel the world singing wherever they are called upon to do so, to share Jesus’s love with all people, especially the children of the world.

Based in Toronto, Canada, the family travels the world, serving the communities they stop in through ministering in churches, hospitals, nursing homes, senior homes, community centers, prisons, slums and on the streets (feeding the homeless). The family has sung at religious, cultural, human rights and civic gatherings throughout Canada, the United States — including at The White House and on Capitol Hill —  Kenya (Africa), the United Kingdom, the Caribbean including Bermuda and to heads of state in Jamaica, Grenada, Bermuda and Canada.

In July of 2012, the family received a Congressional Award from the United States of America, for volunteer work done on the streets of Brooklyn, New York.

Soul’d Out – That Wonderful Day