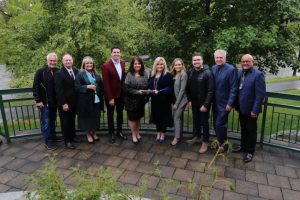 FOR IMMEDIATE RELEASE — Daywind Records along with Daywind Music Publishing is thrilled to announce the re-signing of Karen Peck & New River (KPNR). The 5-time GRAMMY®-nominated and multiple Dove Award-winning group is celebrating its 14th year with Daywind as it prepares to enter its 30th year in ministry this coming January.

Karen Peck Gooch found her start in Southern Gospel with the Rex Nelon Singers for nearly a decade during which time she earned her first GMA Dove Award as well as her first of 11 consecutive Singing News Fan Awards for Favorite Soprano. In January 1991, Karen teamed up with her husband, Rickey Gooch, and her sister, Susan Peck Jackson, to form Karen Peck & New River. The incredible group of talented singers and musicians currently consists of Karen Peck Gooch, Susan Peck Jackson, Grant Gibson, Kari Gooch, and Matthew Gooch.  The group has traveled all over the world proclaiming the Gospel of Jesus Christ.  In recent years, Karen has added songwriting to her talents, penning several #1 radio hits in the genre.

The latest album from KPNR, Lift His Name, marks the group’s eighth studio album with Daywind Records.  Released at the beginning of 2020, the album features the hit song “The God I Serve” and the latest single “Made Right,” an anthem for these times.

“Susan, Rickey, and I started KPNR in 1991,” recalls Karen Peck Gooch. “Over the years, one of the greatest decisions that we have ever made was when KPNR signed an exclusive contract with Daywind Music. From the day we partnered together, the Lord began working miracles within our music and ministry. Because of the songs that came our way, doors started opening. We have always prayed that if He opens the doors, we will go. The Lord has allowed us to do things beyond our wildest dreams. And He continues to bless. We are honored and grateful to continue this incredible journey with our Daywind team. Special thanks to Dottie Leonard Miller, Ed Leonard, Rick Shelton, Dusty Wells, and everyone at Daywind for believing in KPNR. The future is bright and together we are committed to reaching the world for Jesus Christ.”

“We are absolutely thrilled and honored to be able to continue our long time relationship with Karen Peck and New River with the signing of this new contract,” says Dusty Wells, director of artist and label relations for Daywind Music Group. “Karen, Susan, Grant, Matthew, Kari and Rickey have been such an integral part of our Daywind family for years and together we have created some amazing award-winning music and wonderful memories.  We cannot wait to see all what God has in store for the future. Our team believes in KPNR and we are committed to walking alongside them into this next phase of ministry and music.  We love Karen’s heart, passion, and vision and are honored to be a part of the journey.” 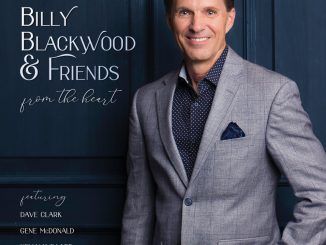 REVIEW: Billy Blackwood and Friends – From the Heart 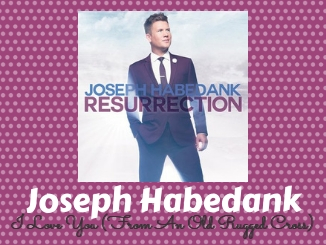 Joseph Habedank – I Love You (From An Old Rugged Cross) 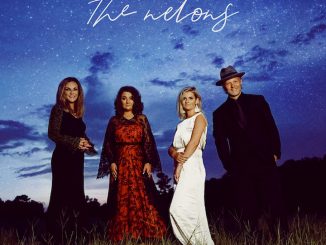 The Nelons Find Peace At Last on October 2