It is hard to say how many souls have been transformed by the Lord’s power working through their music, how many miles they have traveled by the Lord’s protection, how many countless fans they have taken the time to talk with when tired and ready to travel on, how many times they have had to tolerate bus breakdowns and sleepless nights on the road, or how many times they have trusted, not knowing why or when or what the Lord had ahead for them…but the number of times does not matter to the thirty-year touring trio.  According to the words they have sung countless times over the past three decades, penned by Rodney Griffin, “Cause if just one more soul were to walk down the aisle, it would be worth every struggle.  It would be worth every mile.  A lifetime of labor is still worth it all, if it rescues just one more soul.”

According to Gerald Wolfe, the group’s founder, Greater Vision wasn’t first his vision.  The group wasn’t created by any one pivotal circumstance, rather a quiet intertwining of timely events, a masterful working in the hearts of men, and the perfect timing of God.

It was a Greater Vision given by God.

Gerald, the current piano player and emcee, recalls, “There wasn’t a specific ‘epiphany’ or ‘thing’ that brought it about.  It was actually a series of events.  I had recorded two solo albums for the Benson Company in Nashville and was doing around 120 dates per year as a soloist.  Norman Holland, the A&R Director at Riversong/Benson had asked me if I would ever consider putting a group together, and I told him I wasn’t interested in taking on that kind of responsibility, but that if the right person ever called me, I’d consider it.  Fast forward a few months when, out of the blue, Mark Trammell called to tell me he was going to leave the Cathedral Quartet and move to Tennessee.  When I asked what he was going to do once he got to Tennessee, he replied, “I’m going to sing with you!”  I didn’t know if he was joking or being serious, but a few weeks later he showed up in Tennessee, and the rest is history.”

As Gerald’s story shows, God often calls people to be a part of something greater than they would ever have imagined and to face challenges they never imagined enduring.  Looking back over the years, the group recalls a few bumpy roads they traveled in their journey:  Rodney Griffin, the trio’s lead singer, remembers, “In 2003, I was diagnosed with a nodule on my vocal chord.  After surgery, Gerald and Jason Waldroup (our tenor during that time) switched the vocal parts around to cover my inability to sing.  I just stood there and moved my mouth.  I’ll never forget their willingness to get me through those difficult weeks.  The ‘Team’ concept with God’s people is what makes any ministry successful.  It takes everybody.“

But, the greatest challenge the group weathered occured in 2020, or rather, it was 2020, and the challenge is still something they are learning to conquer. Gerald recalls, “Without a doubt, 2020 was the most challenging period of time in our 30-year history.  We didn’t have a single ‘in person’ concert from March 15th until June 13th.  We finished the year with half the regular number of concert dates as the year before. Throughout 2020, The Lord proved Himself faithful to us, over and over again.  2021 has started with about half the number of dates we would normally do, and attendance at those concerts has been half, or less, of what it was just a year ago…2020 was a challenge that no human could have predicted.  God used those circumstances to show His faithfulness, and to give us the opportunity to declare, with more conviction and assurance than ever, that He is faithful, true, and trustworthy.  The future is secure.”  And the greatest wisdom Gerald has gained throughout the years applies to this trial just like any other –“I don’t have to understand God’s plan to accept it as the best plan.  He always has a purpose for everything He allows into our lives.  My responsibility is to trust, follow, and do my best, doing what He’s called me to do.  He is, literally, responsible for everything else.”

Though each individual faces their own unique challenges and hardships, they are a group, and they have learned to be united, not only in harmonies, but also in the difficulties that accompany touring. Rodney says, “We have always tried to operate as a team.  I believe that is what has held us together internally.”  Chris Allman, the trio’s tenor singer, adds, “There is much that we do behind the scenes that the people never see. We are not only those who write, record and perform the music. We are also the bus drivers, roadies, office managers, product managers, shade-tree diesel mechanics, bus washers, etc… In short, if we don’t do it, it does not get done. God has been faithful to give us the strength, energy and wisdom to know what it takes to get the job done.”

When asked to recollect a funny or memorable moment from the stage that has stood out over the years, Gerald recalls a unique story that shows the power of a song…“The first story that popped into my mind wasn’t funny at all, and it wasn’t intended to be… but it was certainly memorable.  We were singing in Asheville, North Carolina, probably twenty years ago…Rodney was singing a song he had written called “Common Garments” I believe.  We noticed an older gentleman sitting in the front row who was very blessed by the lyrics of the song.  He was crying, waving his hands in the air, and obviously, sincerely blessed hearing ‘God uses uncommon garments to do uncommon things.  God uses uncommon people to live out His uncommon dreams.’  It’s a powerful, personal lyric.  Suddenly, the man stood to his feet, with his hands still in the air, walked up onto the platform, kissed Rodney on the cheek, and went back to his seat, still rejoicing.  When the song was over, I went straight into the next song and never addressed what had just happened from the platform.  We’ve told that story many times on the bus, and now it’s funny to think back on how shocked, and actually stunned we were when it happened… but it does reinforce how powerful, important, and personal good lyrics can be.”

Undoubtedly so, countless fans (or friends) have been touched countless times by Greater Vision.  According to newest member and baritone singer, Jon Eply, “After almost 4 years with Greater Vision, I have learned that our fans (a word I don’t actually use, I prefer “friends”) are some of the most generous, giving people you will ever meet. I’ve watched them give selflessly to Greater Vision and to outreaches like “Operation Sing Again” which allowed us to send sets of 3 Hymn Sing DVD’s to every nursing home facility in the United States, in less than 2 years. These friends, all over the world, have encouraged me so much.”

The giving spirit of their supporters reciprocates the giving spirit of the group as well.  The way they give of themselves in serving through song can’t help but be an inspiration and wonderful example to any young, aspiring artists.  Here is some wisdom the trio members offer:  Jon Epley advises, “Take every opportunity to play or sing that God gives you. No crowd is too small, and no opportunity should be considered ‘beneath you.’ You never know what God has planned if He sees that you are passionate, faithful and committed.”  Chris, who had a desire to go into music as a 9-year-old, encourages young people to “realize that being an artist in this industry is more than the two hours you spend on stage each evening and resolve that God is the star…we are not.”  Gerald further adds, “Grow where you’re planted.  Be consistent.  Don’t allow the ‘wind of trend’ to determine who you are or the direction you’re going.  Don’t try to improve on God’s plan and His timing.  Walk through the doors He opens, and never try to push open the doors He closes.  If you’ll be faithful in the area of service He’s gifted you with, He’ll do the promoting, in His time, and it will always be for your good and His glory.”

The timeless wisdom the group offers shows a journey lived out following the Lord’s lead and soaking up the knowledge and impact of other influencers.  The trio mentioned many important people in their lives who have made them better in some way.  Rodney shares, “There’s no doubt that the Cathedrals had the greatest impact on our group.  The men of character they were, their songs of Biblical content, their quality of presentation…all of these set a ‘high bar’ for us to always strive for.  On a daily basis, Gerald is our greatest influence.  He is the only one of us who has been here for all of the 30 years.  His consistent approach of both on-stage and off-stage management is what has given us the opportunity for success.”

To commemorate the journey of the past thirty years as Greater Vision, the trio has released a new album titled, “The Journey.” But this is not just any album.  Gerald explains,   “What made ‘The Journey’ unique was the decision to not make it just another “best of” or ‘Special Anniversary’ re-release of previously recorded well-known GV songs.  When we were working on the ‘You’ve Arrived’ project, we recorded five additional new songs and held on to them for two years… just for ‘The Journey.’ Then, since many of our popular songs were recorded 10, 15, even 20 or more years ago, we started from scratch, to update the “sound” of some of those songs, without losing their original appeal…‘The Journey’ is a totally new recording.”  Jon adds, “We got on the bus to leave, shortly after the final mix was complete, and Gerald said that he wanted to share something with us before we pulled out. He put in the new album, and this beautiful, fully-orchestrated overture started playing. To surprise us, Gerald had collaborated with Trey Ivey, who co-produced the album, and opened the CD with an overture of some Greater Vision’s hit songs!  It is only available on the physical, CD copies of the album, as an added bonus. But it is amazing!”  Gerald explains the inspiration for this unique facet – “I got that idea from listening to the opening overture of The Carpenters’ 2018 release of ‘The Carpenters with the Royal Philharmonic Orchestra.’  I thought, ‘maybe we’ve recorded enough memorable songs to do something like that’…I think it’s a great opening for ‘The Journey.’ ”

That opening of the closing of their thirty-year journey is certainly just the beginning of a long-lasting Greater Vision life and legacy.  Gerald declares, “I don’t know what the future looks like, but I do know Who has already seen it, and He’s proven to be faithful… so, I don’t have to worry about it.  Our responsibility is to work, do the best we can do, and trust Him for the rest.  Dr. Charles Stanley often says, “Obey God, and leave all the consequences to Him.”  That’s always the best route to take.”   So with thirty years in the books, they can turn the pages to the years ahead with these words penned by Rodney as their anthem, “I can trust You for tomorrow, ‘cause You were faithful yesterday.’ ”

Raised on a farm in Michigan, I am currently a Junior at Libertas Christian School. I am an avid fan of southern gospel music and enjoy singing with my sister for special music and attending as many concerts as we can. I also bake and work as a waitress at a local family restaurant. In my spare time, I enjoy writing, playing flute, spending time with animals, and doing crafts. 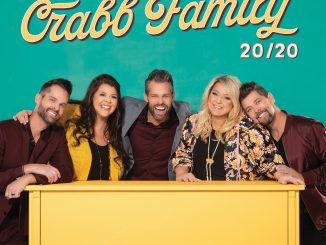 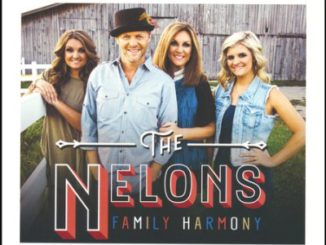