NASHVILLE, Tenn.—Acclaimed Song Garden recording artist Chosen Road marks another first in a noteworthy career with the Top 5 debut of their latest recording, Appalachian Hymns, on Billboard’s Bluegrass Albums chart. The collection lands at #4 on the publication’s March 22 chart and is the highest debut of the week.

“As a band, we are truly honored to see Appalachian Hymns on Billboard’s Bluegrass Albums chart,” said Jonathan Buckner, Chosen Road founding member. “The album is a collection of some of our favorite hymns of faith. The response it has received is proof that these songs are timeless, and the Truth contained therein is forever relevant.”

“We at Song Garden are grateful for and proud of Chosen Road’s success,” said Marilyn Keffer, Director, Song Garden Music Group. “I credit their success to being a group that truly sings from their heart. They live and believe every lyric they record.”

Produced by Chosen Road’s Zachary Alvis and Tyler Robertson, Appalachian Hymns released last fall and pairs the band’s unparalleled acoustic instrumentation and vocal harmonies with classic songs of faith. The 12-song collection features “Be Thou My Vision,” one of the oldest hymns of the Church, along with the rousing “Brethren We Have Met To Worship”; the striking simplicity of “My Savior’s Love”; the gentle, guitar-driven “Turn Your Eyes Upon Jesus”; the a cappella “How Beautiful Heaven Must Be”; and the crowd-pleasing instrumental “Send The Light.” 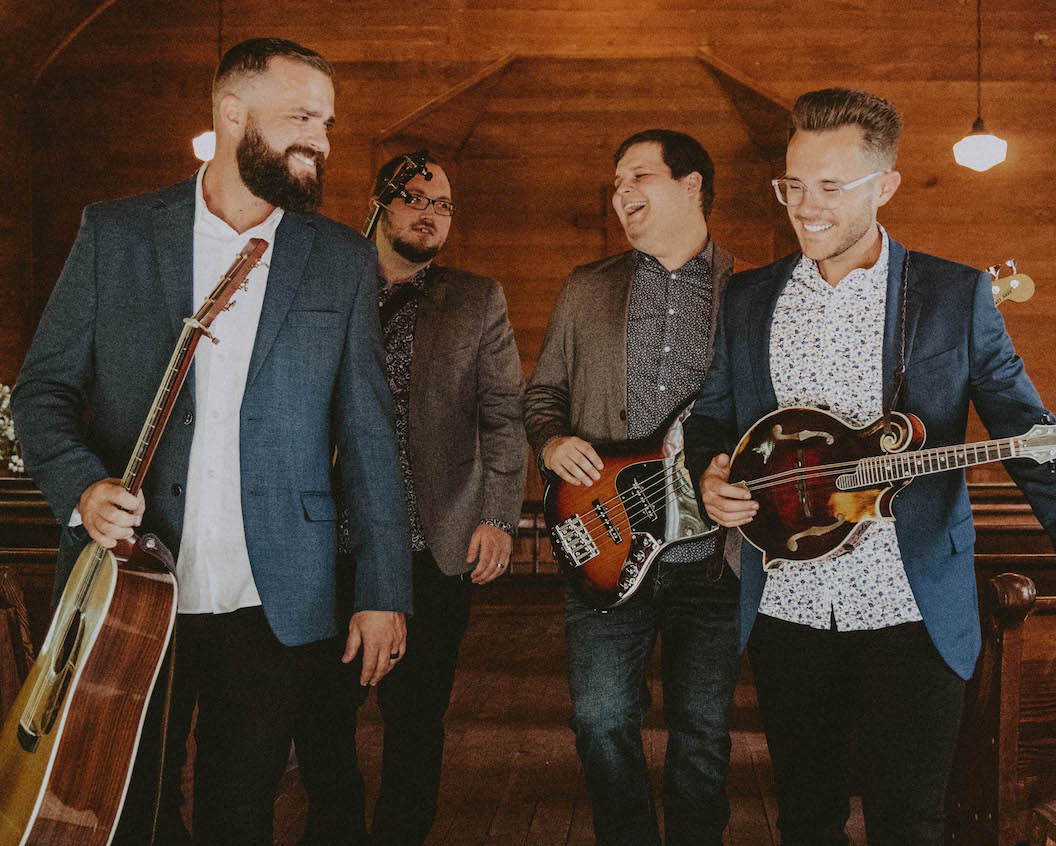 Chosen Road has carved a singular niche in the musical landscape with their world-class Appalachian instrumentation combined with a passion for sharing and living the Gospel. Comprised of founding member Jonathan Buckner, along with Zachary Alvis, Tyler Robertson and Josh Hicks, the group has been carefully honing their craft since 2009, releasing six albums and performing at festivals, fairs, churches and theatres across the United States as well as overseas. Their 2020 recording, Appalachian Worship, reached #4 on Billboard’s Bluegrass Albums chart, and remained a fixture there for a notable 30 weeks. Throughout their career, Chosen Road has garnered six Top 10 Bluegrass radio singles, including the #1 hit “When I Get Home,” and they have performed on stages alongside such greats as Doyle Lawson & Quicksilver, Dailey & Vincent, and The Isaacs.

With deep roots in the Baptist tradition, the band has an ongoing partnership with the North American Mission Board’s (NAMB) Church Replant and Revitalization Team, where they help increase awareness about the number of churches closing their doors each year.